Everything insurers need to know about IFRS 17 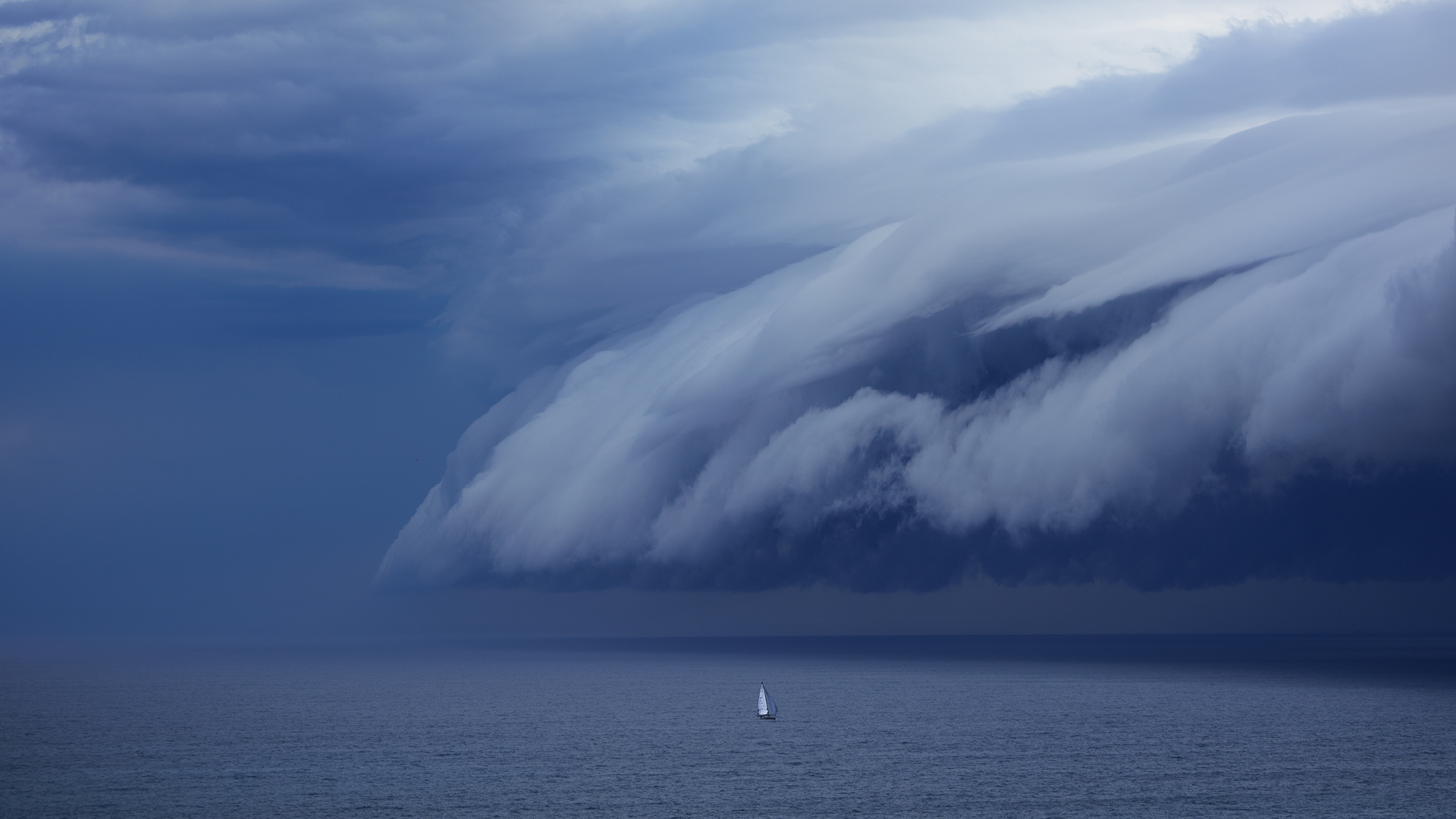 The supercomputer in Douglas Adams’ Hitchhiker’s Guide to the Galaxy took 7.5 million years to come up with 42 as the answer to the meaning of life. The accountants at the International Accounting Standards Board (IASB) may feel that they have been on a similarly mammoth quest.

For the past 20 years, the IASB — the peak global body for setting accounting standards — has laboured to shed light on the opaque world of risk, uncertainty and probability inhabited by the world’s US$13 trillion insurance industry.

Its lofty ambition has been to devise a set of accounting principles that will, for the first time, provide consistency and transparency in insurance contracts, enabling investors to meaningfully compare insurance products and peer into the books of providers wherever they operate.

The ongoing lack of transparency and consistency in insurance financial reports has been costly. It has prevented the industry from fully participating in the global flows of capital and finance in the way that other sectors such as manufacturing and banking have been able to do.

It has discouraged investors, who have baulked at committing capital to companies and products they don’t fully understand. It has cost insurers ready access to cheaper capital to invest and expand. And it has cost policyholders, in terms of both narrower policy choices and higher premiums than they would otherwise face in a more competitive market.

To remedy this situation, the IASB has been analysing and dissecting thorny concepts arising from the nature and characteristics of insurance contracts. These contracts are complex, combining the features of service agreements and financial instruments, and generating cash flows that can be decidedly lumpy.

The standard it has developed, IFRS 17, extends to 116 pages and includes numerous details that insurers need to come to terms with. As Grant Thornton New Zealand national technical director Mark Hucklesby puts it: ‘The standard is in some dimensions deceptively simple but in other ways incredibly complex.’

A fundamental aim of the standard is to unbundle the insurance contract and separate out any non-insurance components. These are then to be accounted for under other standards like IFRS 9, which covers financial instruments.

The IASB seeks to achieve this by combining the current measurement of future cash flow with the profit expected to be gained over the period services are provided. It requires insurance revenue to be presented separately from finance income and expenses.

Insurers are required to recognise profit as they deliver their services, rather than when premiums are received. Acquisition costs (such as commissions and bonuses) — while reflected in the year of the transaction as a deduction from the expected profit — are reported as an expense over the same period as revenue is recognised.

This process of disclosure is guided by a general measurement model. This model has three components — fulfilment cash flows (the risk-adjusted present value of future cash flows), past and current claims, and the contractual service margin.

The margin is the yet-to-be-earned profit that a company recognises, first in its balance sheet and then releases to profit as insurance services are rendered.

And it’s this component that Hucklesby thinks will most interest markets. It gives the unearned profit inherent in an insurance contract at its inception (including future cash flow estimates, discount rates and adjustment for risk) and at each subsequent balance sheet date.

IFRS 17 calls for other departures from current practice: underwriting profits have to be accounted for separately; liability adequacy tests are dropped (replaced by fulfilment cash flows); and insurance revenue will no longer include deductions for reinsurance premiums, which will have to be shown separately in the income statement.

For general insurance products such as vehicle or house insurance that typically offer coverage on an annual basis, insurers have the option of using a simplified premium allocation model that spreads out the revenue over 12 months.

However, Deloitte global IFRS insurance leader Francesco Nagari says life insurers face a much more complicated task in adjusting to the new standard. In fact, he expects those offering life insurance will have to expend triple the time, money and resources to implement IFRS 17 compared with other insurers.

The reason lies in the new standard’s rules around accounting for expected profit. Unlike with most other insurance products, life insurers may have to ‘stand ready’ to settle a claim decades in the future. ‘You have to calculate what is the expected profit from the moment you sell the policy, and there is a whole set of IFRS 17 rules on how to adjust the expected profit over the course of many years to come, as you stand ready to pay claims,’ says Nagari.

These include estimates of the expected value (that is, the probability-weighted mean) of the full range of possible outcomes.

To achieve this, you need ‘lots of data’, Nagari says, including about the policies being written, about policyholders and about the risks the insurer is taking on. This information is of two main kinds — transactional data (about the policy, commissions, claims made and so on) and actuarial data (the models developed by actuaries).

IFRS 17, says Nagari, requires insurers to bring all this data together, and ‘the longer the period of time an insurance contract stays in force, the more complicated it is’.

Devil in the detail

PwC Australia director Will Frawley also warns against underestimating the size of the task. Much of the data insurers will be required to collect they have never captured before, like premiums received. Currently this is usually accounted for on an accrual basis, but Frawley says under the new standard it will have to be reported on a cash receipt basis.

‘If you’re not currently capturing that type of information at a contract level, then you have to amend your accounts receivable process and there’s fairly extensive changes there to be made,’ he says.

As a result, estimates put the cost to the global insurance sector at US$20 billion.

Reflecting this complexity, the IASB originally allowed more than three years for insurers to adopt the new standard, setting the implementation date as 1 January 2021. This was later pushed back to 1 January 2023 after some last-minute tinkering.

‘There is no question there is significant work and cost to the insurance industry involved in implementing this fundamental change to their accounting practices,’ says Subramanian.

Although accountants will be at the forefront of this work, he warns that other sections of organisations will have to buy in to the process, including operations, actuarial, IT and sales. The demands for timely disclosure will require far greater interaction between finance, actuarial and IT departments and much faster processes to produce sufficiently detailed information.

IT in the spotlight

Frawley cautions that insurers will, at the very least, need to amend existing IT systems or — more likely — adopt new systems.

This is not just a matter of buying systems and installing new software; it will involve wholesale changes of systems and data repositories. This will require expertise that many are unlikely to have in house, forcing companies to source external consultants or undertake recruitment.

Either way, it is likely to be a difficult and expensive process as the competition for such skills, which is already high, intensifies.

Even with data systems and the right mix of skills in place, Frawley warns that insurers will still face big challenges in establishing the financial and IT process necessary to implement IFRS 17. One of the toughest, he says, will be trying to run the current and new standards in parallel to test-run arrangements and troubleshoot problems. Parallel runs will double the workload of the finance team, at the very least.

These difficulties multiply the larger and more diverse the organisation is.

‘If you have 20 underwriting systems, broker networks and agents, to get across all these legacy systems is far more of a challenge than a newer, smaller insurer which has just one policy admin system,’ says Frawley. ‘You multiply the difficulty with the number of systems you’ve got.’

It is little wonder that many countries and companies in the Asia Pacific do not expect to be ready for IFRS 17 by the start of 2023 and are looking for extra time.

Nagari says South Korea is the region’s most prepared country and has used the introduction of IFRS 17 as an opportunity to tighten insurer capital adequacy requirements. Thailand, though, has put off the start date to the beginning of 2024, while Indonesia and the Philippines are holding off until 2025, the same deadline India is rumoured to be considering.

The first financial statements reflecting IFRS 17 are likely to begin appearing in the March quarter of 2023, many of them produced by East Asian entities.

‘Asia is really a hot spot for IFRS adoption,’ Nagari says, ‘because governments in East Asia know that by adopting IFRS [standards], many other sectors of the economy have been receiving the benefit of an easier path to access capital.’

Adopting IFRS 17 may be expensive and painful, but Nagari is confident the payoff in terms of attracting investment and access to cheaper capital will be worth it.

The complexity and opacity of insurance has tended to put investors off, he says. ‘I have spoken to many investors over the years and they always tell me, “You know, life insurance in particular, but insurance in general, is not a sector I like because I don’t understand how they make money”,’ says Nagari.

He hopes the consistency and transparency that IFRS 17 promises to provide could turn that sentiment around.

‘There could be a real virtuous circle, starting with investors being more open to investing in the insurance sector and insurers being able to raise capital with lower cost.’

Frawley thinks greater transparency and comparability will help ‘flush out’ poorly performing products, helping insurers and investors to target capital more effectively and improving the offering to consumers. There will be increased demand for insurance stocks, greater investment, more competition and — potentially — lower premiums and greater choice for consumers.

That, at least, is the hope.

It would be a fitting outcome for 20 years of effort by the standard setters and the big investment of time and resources made by the insurance sector.

PwC surveyed 37 insurance executives across eight territories (Singapore, Australia, Hong Kong, Japan, Malaysia, New Zealand, Philippines, Thailand) in May 2021 about their preparedness to implement IFRS 17. On average, they expect it will take 3.8 years to implement IFRS 17, but a quarter indicated it would take them five years or more.

From 2023, IFRS 17 will bring with it new language, while dropping some familiar terms from financial statements.