Sports concussions: how can insurers get ahead of the game? 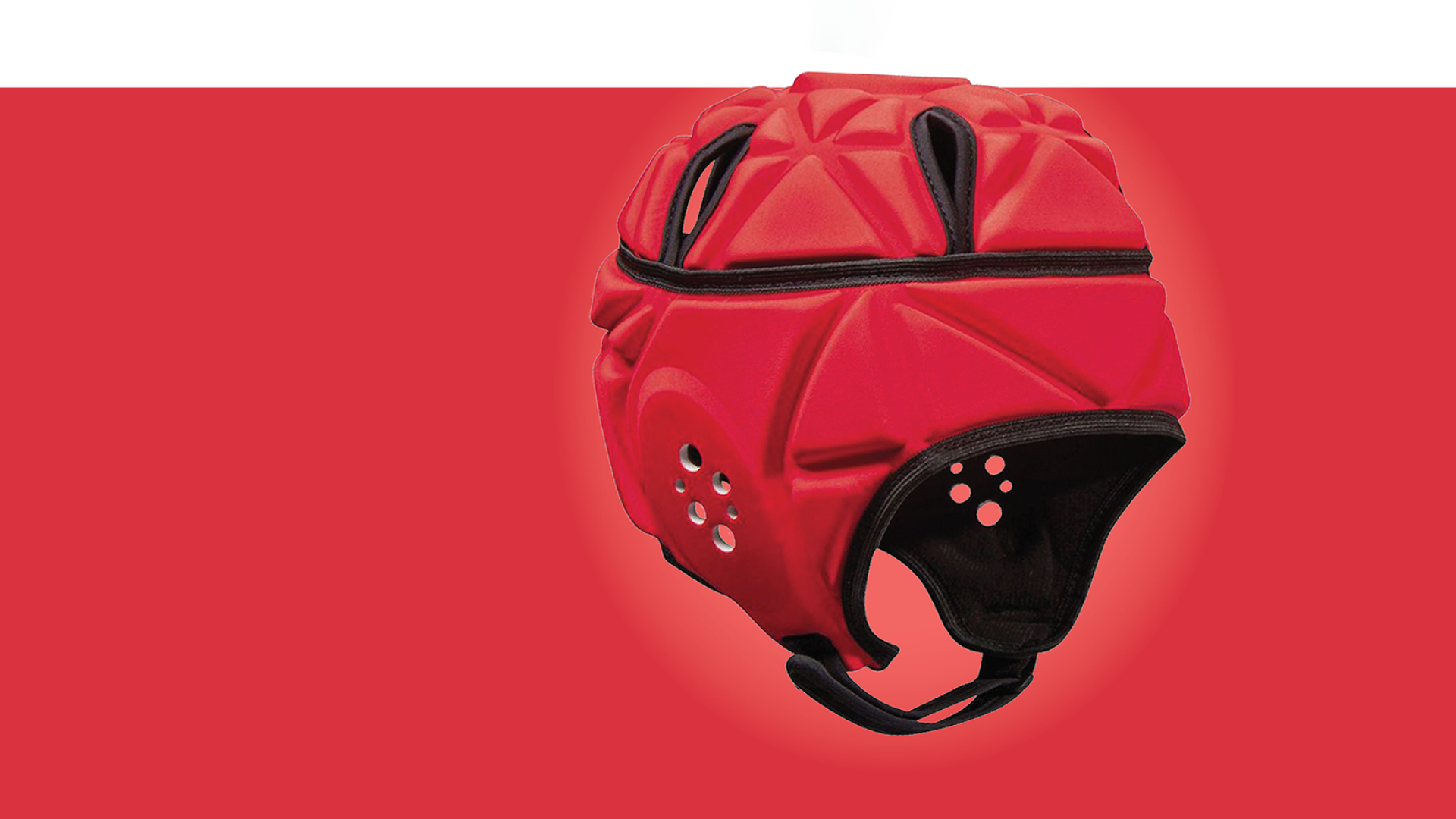 Concussion gets a lot of airtime during the football season — and deservedly so. This is a critical issue, not only for the sporting fraternity but for the claims landscape as well. It is also a vexed and nuanced area, with concussion claims so far largely settled behind closed doors and an unsuccessful move to bring a class action in Australia.

The media is replete with tragic stories of former players who have allegedly suffered a brain injury due to head knocks and concussion incurred while engaged in contact sports such as Australian Rules football (AFL), rugby and soccer.

Of particular concern is chronic traumatic encephalopathy (CTE), a degenerative neurological disease that may be associated with a history of repeated traumatic brain injuries, including concussions and blows to the head.

From an insurance perspective, one of the issues preventing more claims from going ahead right now is medical causation.

Currently, there is no way of diagnosing CTE without a post-mortem. Technology is being developed that would allow the condition to be diagnosed while the patient is still alive, but we’re not there yet.
Additionally, as the Australian Institute of Sport states, ‘there is no reliable evidence clearly linking sport-related concussion with CTE’.

William Robinson, a partner and insurance law specialist at Wotton + Kearney, believes the next five years will be key. ‘But for the present time, it is simply a case of insurers being prepared but not alarmed.’

Robinson notes there have been several total and permanent disability claims submitted for career-ending injuries. ‘However, from a common-law perspective, the one or two early claims we have seen are from ex-professional athletes who have retired and sustained concussions during their historical playing days, and [they] maintain these were mismanaged by their respective clubs,’ he says.

‘Insurers have not yet seen an influx of concussion claims — which, again, we suspect is due to the considerable difficulties faced by potential concussion plaintiffs in overcoming causation, state of knowledge and statutory defence thresholds to successfully bring a claim in Australia. We may see some speculative claims brought in the future, but for now it is again a case of “watch this space”.’

Which policies would respond?

Aside from causation, there are many other challenges to be negotiated when it comes to the insurance minefield around concussion in sport.

The legacy factor is a major added complication. ‘Insurers will see claims, but probably very old claims rather than newer ones,’ says Richard Johnson, a principal at McCabe Curwood. ‘Everyone is aware of this issue now. So, whether a player at any level that develops long-term brain trauma is going to be able to succeed in a claim alleging concussion-related injuries in sport is going to depend on the specific circumstances of their case.’

Another issue is clubs’ ownership structure, especially when the club has changed hands and the former entity that players represented no longer exists. If the club no longer exists, how can it be sued?

This is a particular issue for Australia’s National Rugby League (NRL), where clubs are often privately owned, rather than for the AFL, where all clubs are longstanding entities and public companies limited by guarantee.

Despite all these nuances, risks around concussion in sport are now much better understood, prompting insurers to change their approach.

Johnson says there will be insurance books that have been closed off years ago because no-one thought this would be an issue.

‘This may cause conjecture about limitation periods given how long it could take for alleged injuries to manifest. The extent to which sports and their brokers have maintained records will also be critical, because it is possible that a number of underwriters could have provided cover to a specific sport over an extended playing career.’

A claim by former NRL player James McManus against the Newcastle Knights was recently settled without compensation just days before it reached the NSW Supreme Court, ending four years of litigation proceedings.

McManus was suing the Knights for A$1 million in relation to alleged concussion injuries at a time when Newcastle’s liability insurance policy contained an exclusion relating to employees, and cover had been denied.

It’s also important to note that, historically, professional sportspeople — aside from jockeys — are not covered by WorkCover, so it is entirely possible that a professional athlete has an employer with no applicable insurance.

There have been reports of a looming class action after claims that AFL players were not properly insured for heavy head knocks during their time in the game. But any similar class action moves involving sportspeople with brain injuries have so far been unsuccessful — for a number of reasons.

In Australia, you need seven or more potential claimants to bring a class action. Any class action could also involve incidents across all states and territories, with different negligence regimes and different defences available in each jurisdiction.

‘I think players are going to have real difficulty getting a class action together, because the regimes across Australia are so different depending on where the players play,’ says Johnson.

Nick Sordon, head of casualty underwriting Australia and New Zealand at Swiss Re, says that overall it’s a challenge to quantify exposure and the potential for claims when it comes to emerging risks, such as the long-term effects of concussion.

‘This is because there’s no historic information to support assessment of the future claims burden,’ he says. ‘This is especially the case when an emerging risk like concussion has significant latency and impacts long-tail classes such as public and products liability.’

It is also very hard to assess and forecast when claims will peak. However, Sordon says there is often a rapid increase in claims when there is a broader awareness from a potential claimant’s cohort. ‘For example, there’s often an increase in claims after significant moments such as royal commissions, or when media attention is focused on a particular sector.’

In terms of risk mitigation, it’s worth noting that many sporting codes and clubs have put competition rules in place that have been designed to appropriately respond to head knocks. For instance, in 2018, Rugby Australia recommended the mandatory use of blue cards in all club, school and domestic representative rugby union games. The card is a trigger for medical treatment to begin after an incident on the field.


And in NRL competition, says Robinson, players who have sustained any contact with the head on match day or at training must undergo a head injury assessment
test conducted by a medical professional before they are permitted to return to the field.


‘Rule changes have also been brought into football codes to prevent dangerous tackles, on top of increased penalties for careless or intentional contact with the head,’ he adds. ‘In soccer, many junior clubs have banned the use of the header during training, given the increased susceptibility of head trauma to younger participants in sport.’

The bottom line for insurers is that they need to be ready for this. But any
real movement will require the medical science to be settled and the jumping of other hurdles, such as how to navigate multi-jurisdictional insurance rules. There is still much to play out.

A growing list of ex-rugby union internationals, including a group of former New Zealand players, plans to launch a class action against World Rugby, alleging a failure to look after player welfare.

Claims are also being made against England’s Rugby Football Union (RFU) and the Welsh Rugby Union (WRU). ‘For the New Zealand players, this has meant they have had to join the class action launched from the United Kingdom,’ says Michelle Igasan, an associate at New Zealand law firm Harris Tate.

Igasan notes that the position in New Zealand in respect of class actions relating to claims of this nature is very different to other countries. This is because the Accident Compensation Act 2001 provides a legislative framework that precludes people from suing for damages over personal injury, ‘which in some ways is unfortunate as it limits the extent to which a person may be compensated to the fullest extent’.

Igasan says the Accident Compensation Corporation (ACC) no-fault scheme means that as long as the injury falls within the legislation, citizens, residents and temporary visitors are covered for financial compensation and support, regardless of what they were doing or who was at fault.

The cover provided by the ACC scheme is designed to assist with medical costs, treatment and rehabilitation, and it also assists in covering a portion of lost income (up to 80 per cent).
Igasan adds that concussion-related ACC claims in 2020 alone amounted to NZ$33.3 million, including NZ$4.4 million for rugby union claims and NZ$1.8 million for rugby league.

With rugby union being the country’s most popular sport, it also has the highest claim rate in this area. In 2020, the ACC scheme received 1,662 new claims related to concussion or brain injuries from this sport.

The rugby class action in the UK is based on the tort of negligence, explains Igasan. ‘The claim alleges that reasonable care was not taken by the responsible governing bodies to protect players from reasonably preventable brain injuries sustained as a result of concussion,’ she says.

‘This might sound like a fairly straightforward analysis. However, there are elements and thresholds to be met and consequently satisfied in order to successfully convince a court the claim has merit.’

If successful, class actions related to rugby injuries will have a profound effect on their respective codes, adds Igasan. ‘[They] could potentially open the floodgates for other codes to follow suit, which could ultimately cost the various governing bodies millions of dollars in compensation payouts.’

United States in a class of its own

While there is yet to be a successful class action related to concussion and sport in Australia, the United States is no stranger to these lawsuits.

In 2015, the National Football League (NFL) agreed to a final settlement of up to US$1 billion in response to a class action filed on behalf of more than 4,500 former players. To date, more than 20,500 retired NFL players have had claims approved totalling more than US$870 million for a range of neurological and cognitive diseases.

The National Collegiate Athletic Association (NCAA) faced a similar class action in 2011. A group of former college football players filed a lawsuit alleging the organisation had been negligent and had breached its duty to protect student athletes from sustaining concussions. To settle the case, the NCAA agreed to spend US$70 million on a medical monitoring program for collegiate athletes and a further US$5 million on concussion research.