Why active listening is important 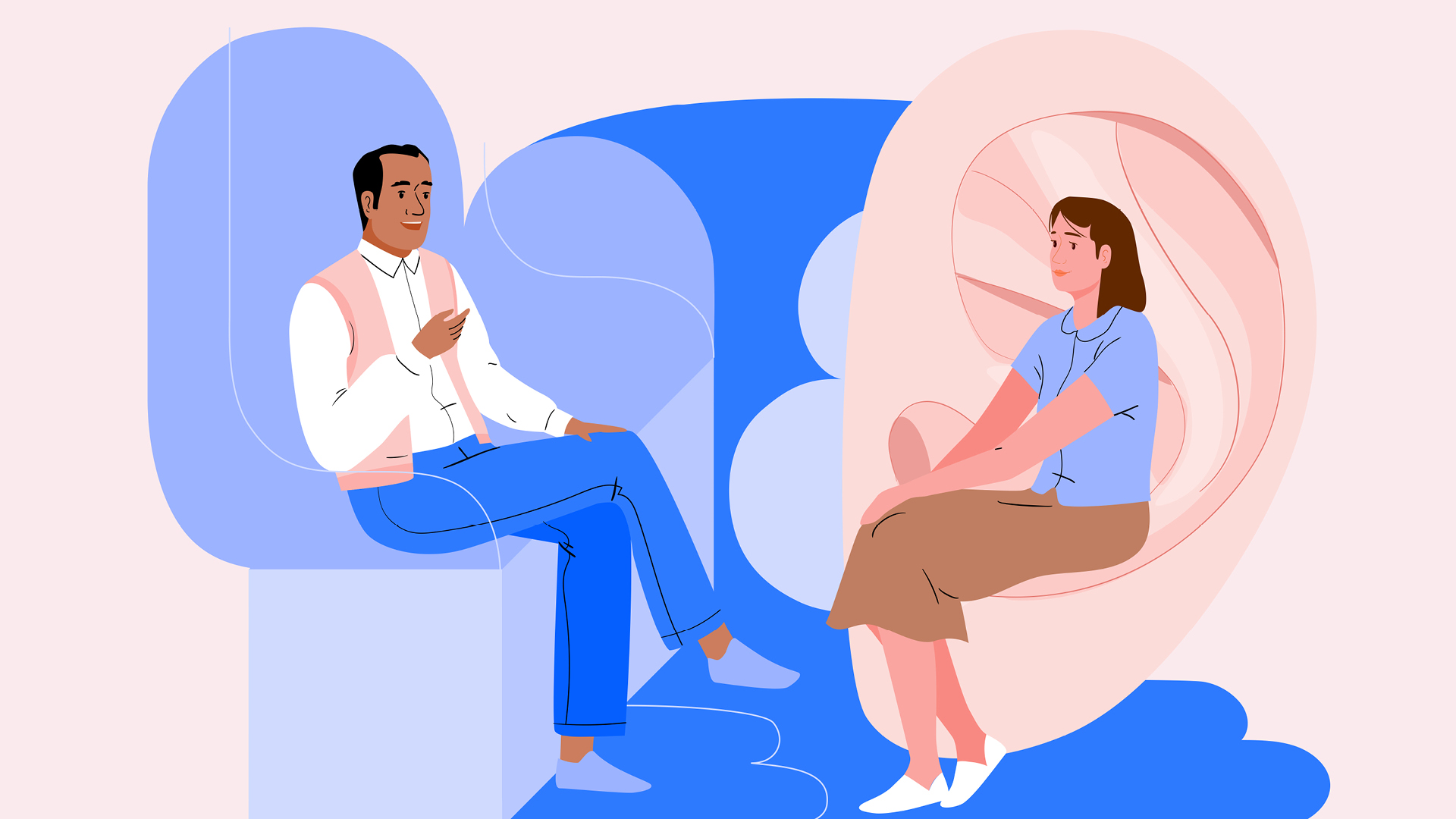 It’s an interesting fact that humans are not naturally active listeners. And yet, to understand somebody, to help, to have an excellent relationship and to be empathetic, we need to listen intently to others’ arguments, thoughts and opinions.

'As we listen to people, we sometimes relate what they’re saying to our own past experiences,’ says Karen Winfield, managing director of PD Training.

‘We start to conjure up what we want to say back to them. Or we decide to tell them they’re not correct. Or yes, we agree, and offer our own experience. Or we simply disengage because we don’t believe in that person, or in the way they’re communicating, or in the content they’re offering.’

‘We don’t generally actively listen,’ he says. ‘We’re not wired that way. Everybody has a little voice in their head that is constantly evaluating what’s being said.

'But when you want to make a difference with someone, when you want to support them in solving their problem, help them feel better, bring an argument to a diplomatic end or whatever it may be, listening is the secret sauce.’

Even though we might not do it naturally, active listening can be taught and learned. It’s often simply a matter of recognising what gets in the way, and then removing those obstacles.

Although she’s an expert on the topic of active listening, Winfield says she still needs to prepare herself prior to a conversation.

‘I need to switch on to be prepared to listen, and that means letting go of everything else around me,’ she says. ‘Whatever I had in my mind, I need to be able to switch that off.’
That self-awareness, says Monks, is an essential ingredient in the recipe for success.

‘Active listening is about firstly recognising and understanding what’s going on in your own head,’ he explains. ‘The first thing is to be able to set aside that little voice — your thoughts and opinions — or to simply at least be aware of it if you can’t stop it.’

When we’re not tempering our inner thoughts during a conversation, it makes us ‘flippant with our listening’, says psychologist Dr Marny Lishman.

‘That needs to change, and it makes commercial sense,’ she says. ‘If you’re actively listening, the other person is actually trusting you. This helps you establish a stronger connection, meaning they’re more likely to buy from you or utilise your services because you clearly care.’

Once the inner voice has been muted and the other person in the conversation has been given your full attention, you are consciously in the moment, offering the other person what psychologists call a ‘psychological holding space’, says Lishman.

‘Everything, from your body language to your own thought patterns, is focused on hearing what the other person is saying, and deeply understanding what is driving their reasoning.’

Insurance: what’s listening got to do with it?

The art of active listening is increasingly important in the business space, particularly as artificial intelligence-enabled robots are taking over interactions, and as the pandemic dramatically increases customer expectations around individualisation and empathy.

‘Deep listening has, in the past, been relegated to the psychologist’s office,’ says Lishman. ‘Now, it has become an essential in the corporate space where a lot of leaders, managers and employees are being trained to actively listen. It’s a superpower skill for a fast-moving world.’

In sectors such as insurance, where customers often make contact after experiencing a traumatic event — a fire, flood, car crash, robbery, threat to their business — the art of active listening becomes even more important.

For this reason, at Zurich Australia and New Zealand, a Vulnerable Customer Training program has been rolled out for all general insurance staff.

‘In Australia specifically, coming off the back of the flood catastrophe that has just hit the east coast, whenever you hear the word “listen”, it’s got to be about listening to the customer beyond the asset you’re potentially covering,’ says Annmaree Bell, Zurich Australia’s chief of staff.

‘It’s about understanding each person’s needs and experiences by closely listening to what they’re going through, which is far above and beyond having to get their car fixed.’

As an industry, she says, insurance is getting much better at recognising and managing issues around vulnerable people and mental health, for customers and staff. Central to this success is active listening.

‘A lot of the vulnerable customer training is about listening,’ she says. ‘It’s about picking up on cues that help you identify if someone is in a vulnerable situation. If you don’t listen, you’ll miss those cues.’

Get it right, Lishman says, and active listening helps to create a strong bond of trust and respect. ‘Demonstrating empathy means you are seeing the world through the lens of another person,’ she says.

It’s a powerful offering — one that will deeply influence the outcome of any human interaction. ‘It’s actually quite simple,’ says Monks. ‘The better we listen, the more we create the possibility of making a difference by contributing solutions and empowering people.’

How to actively listen

Emotional intelligence gets a digital boost

Believe it or not, artificial intelligence is now helping people to be better listeners. Richard Kimber, founder of speech analytics platform Daisee, tells us how.

‘The reason Daisee exists is because excellent emotional intelligence is not universal in people.

‘Humans are very good at understanding emotion, sentiment and meaning, but there is a large variation in the population. The ultimate challenge for companies is to constantly lift the bar of the average interaction with a customer.

'That’s where our technology comes in. It’s about lifting the overall performance of the customer-facing team, not only having your superstars handling your best customers.

‘The average agent might take 30 or 40 calls a day, so the software looks at how agents went over the day. This helps businesses identify where and when training will help. The tech, known as conversational analytics, looks at the interplay between the two parties. What are its red flags?

‘Having analysed millions of conversations, we see conversations fall down around things like interruptions or over-talking the customer, which indicates the agent isn’t listening or isn’t being patient.

‘Another one is silence. Silences are indicative of inefficient processes, particularly when the client has been put on hold or the agent needs to escalate issues to a supervisor.’