The drive for more data 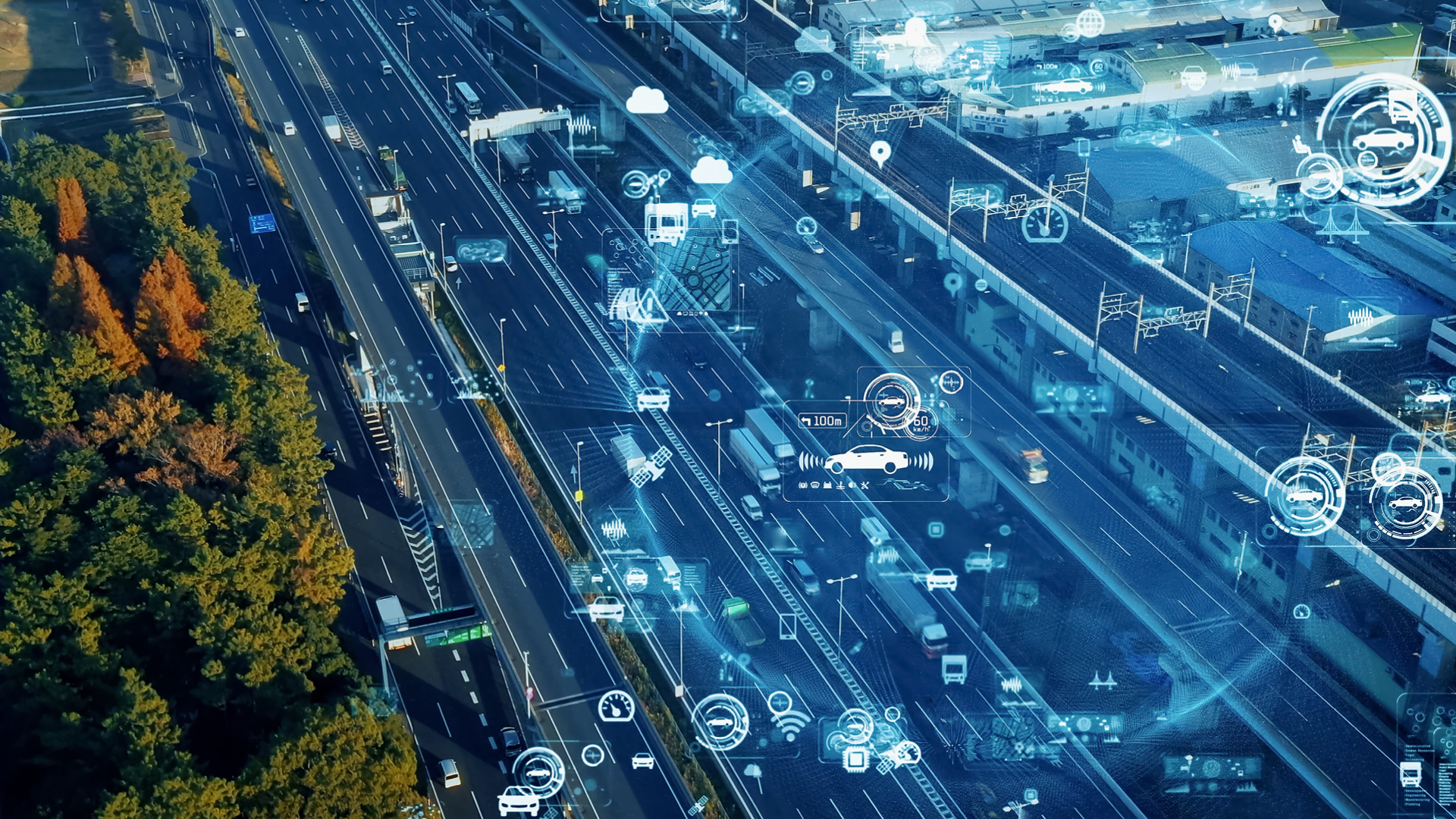 Around the globe, insurers are using vehicle telematics as part of their car insurance ecosystem. While telematics is used widely in countries such as South Africa, Italy and the United Kingdom, this data-led approach has yet to be fully utilised in Australia and New Zealand.

Telematics is a powerful tool for insurers. It not only helps claims teams streamline the claims process and prevent fraud, it can also help drivers avoid the incidents that lead to claims in the first place, reducing loss ratios.

Worldwide, 62 per cent of new cars sold in 2020 had built-in telematics, and there are plug-and-play telematics units and mobile apps for cars that aren’t preinstalled with telematics hardware.

Drew Schnehage, managing director of Innovation Group Australia, has watched how telematics use has developed in South Africa over the past 10-plus years, largely in response to the growing number of vehicle hijackings and thefts.

‘Today, about 80 per cent of vehicles that are insured through an insurance company in South Africa have a telematics device fitted,’ she says.

‘The big insurers such as Discovery Insure, OUTsurance, Santam, Old Mutual and Hollard all use it in their car insurance products. ‘The insurer’s data and analytics teams deal directly with the tracking companies to access the telematics data.’

Because this data includes the location of the car, insurers have a greater chance of recovering a stolen vehicle, reducing the cost of the claim. This functionality has also driven the 25 per cent penetration of telematics in Italy, where stolen cars constitute one of the most common car insurance claims types.

‘You can immediately verify what the driver is saying, using the data you receive via the telematics device to check it all lines up,’ says Schnehage. ‘If a claim triggers one of your built-in fraud indicators, then you know that you need to investigate further.

‘It helps the claims agent focus on the issue that stands out, without a drawn-out investigation and a delayed claim. You can short-circuit that whole experience because you’re connecting all this available information.’

Michael Graham, CEO of commercial motor insurance and fleet management company Mercurien, shares his own example of telematics in action: ‘We had a client who received an $8,000 letter of demand for damage that a driver in a company-branded car had done to a third party.

'We pulled the telematics data and found he was only travelling at 3–4 kmh. We could see it was impossible that he had caused the damage they were claiming, so our client sent a letter with all the data files to the person making the claim, and they stood it down.

’In the UK, similar telematics data is being used by claims teams to verify or disprove personal injury claims of whiplash following a vehicle collision.'

On the commercial fleet side, vehicle-related claims present both short-tail and long-tail losses for insurers.

‘Around 46 per cent of all workplace injuries and fatalities [in Australia] involve motor vehicles,’ says Graham. ‘The cost to the economy is about $9 billion a year. Our mission is to protect people and assets in the mobile workplace.’

Mercurien uses Geotab telematics to help fleet managers monitor and coach drivers, and manage insurance claims. ‘It’s a device about the size of a matchbox, and it plugs into the onboard diagnostic port. It transmits data in packets, then we recreate that trip in the cloud,’ says Graham.

Beyond active claims management, much of the positive impact of telematics on claims comes from safer driver behaviour — and fewer incidents — because drivers are aware they are being monitored and scored. This is known as the Hawthorne effect, named for a series of experiments with factory workers in Chicago in the 1920s and ’30s.

‘The ability to give real-time feedback is important because it can coach and train on the spot, rather than provide feedback after the event, which some systems do.’
Graham has seen multiple examples of the Hawthorne effect with telematics.

‘Our first significant deployment was for a client of about 150 people working remotely,’ he says. ‘They had 66 at-fault claims in the previous year. Over the next two years, it came down to 21: a big safety dividend and a big productivity dividend. The business saved an awful lot of money on not paying excesses.’

Mentor is an app that monitors driver behaviour and provides real-time feedback to the driver, plus training modules to improve driving skills.

Schnehage says there’s a massive opportunity for insurers in Australia and New Zealand to embed this product into motor insurance products to ensure drivers get home safely, change driver behaviours and reduce collisions.

In both Australia and New Zealand, speeding is one of the top four causes of car accidents, leading to major and minor injuries and deaths. Graham says Mercurien has a database of the current speed limits in Australia and can match trip data with this database to work out if someone is speeding.

‘One of our customers introduced the “don’t die for a deadline” rule,’ he says. ‘You can’t insure against the duty of care.’

Telematics scores can also be used to coach drivers to focus on their common mistakes and improve their driving behaviour. ‘In a fleet, the bottom 10 per cent of your drivers can be responsible for as much as 90 per cent of your crashes. It’s ridiculously concentrated,’ says Graham.

An additional benefit of telematics is that information about an incident can be shared, even if the driver isn’t in an immediate position to contact others, or can’t clearly recall what happened.

Cartrack is a subscriber-based telematics service with more than 1.5 million fleet and private users worldwide across South-East Asia, Africa, Europe, New Zealand and the US.

If a Hong Kong driver is involved in an accident, the local Cartrack control room is automatically notified, and emergency services are dispatched. Data from the incident can be used in claims processes — especially if there are any questions about who is at fault, or what led to the event.

Claims teams overseas are already using telematics to verify claims details, limit losses and prevent fraud, but both Schnehage and Graham say the opportunity is there to create an end-to-end claims process entirely driven by the data.

In China, pay-as-you-drive insurance is common, and many drivers use telematics apps on their mobile phones. Alibaba subsidiary Ant Financial (now rebranded as Ant Group) has developed a photo-estimating tool that can calculate a claim for exterior damage to a vehicle in half a second using artificial intelligence (AI).

To gather the data required for machine learning, Ant Financial offered Chinese insurers free access to the platform. The company estimates that about 60 per cent of the 45 million private-vehicle insurance claims filed in China each year are claims for exterior damage to a vehicle.

Launching the technology, Ant Group’s vice president and head of strategic development department Ming Yin said: ‘We are opening up our AI capabilities to our partners, so that they can reduce cost and better serve small and micro-businesses.’

Other insurers are also building apps that can manage the end-to-end claims process. Says Schnehage: ‘We’ve developed a first-notice-of-loss app, where a driver can report an incident via their mobile phone, allocate a repairer and upload images.

'What we’re working on now is the image piece: to provide an estimate of the damage from the photograph, without the driver having to take the vehicle in physically to a repairer.

‘We have seen technology that can provide an estimate of the damage based on the collection of data from telematics. The imagery from Google Maps can describe the incident, while the impact of the collision determined from the g-force data can determine the severity of the damage.

‘You don’t even have to verify the details of the incident directly with the driver. Telematics devices are all linked to satellites. They can tell you what’s happened and who was involved, using data from Google Maps and Google Images.’

Adds Graham: ‘If you know you’ve got a Corolla travelling at 55 kmh and it decreases straight from 55 kmh to zero within half a second at g-force 4.5, over time you’ll know that you’re going to need a new bonnet and a windscreen and so on.

'You get all this data to understand what the notice-of-loss code is going to be, and it’s much more accurate than sending someone out with a camera.’

Australian and New Zealand insurers may have been slow to adopt telematics, but they can benefit from the solutions and processes developed overseas, many of which are available locally.

Concludes Schnehage: ‘If insurers start looking externally, they’ll find that there are so many telematics solutions already out there that they can use and integrate with, without having to build it all themselves.’

Are you a bad driver?

According to Tower Insurance’s research, nine out of 10 New Zealand drivers think they are a better-than-average driver, and 96 per cent say other New Zealanders need to improve their driving skills.

One way to put this to the test is to use GoCarma, a telematics app Tower developed with insurtech company Amodo, that’s available to all New Zealanders, regardless of their insurer.

Says Michelle James, Tower managing director, Tower Direct and Digital: ‘Each time users take a trip, their driving is scored out of 100 and users can get a sense of where they scored well and where they could improve across speed, acceleration, braking, cornering and phone usage.’

Tower car insurance customers who use GoCarma qualify for discounts ranging from NZ$100 to NZ$300 per incident on their car insurance excess when they achieve a score of 70 or more out of 100.

Every three months, a driver’s average score is updated, with the discounted excess applied for six months. The excess discount applies if there’s an incident, no matter who is at fault.

‘GoCarma is a fantastic tool to encourage safe driving, help drivers improve driver safety and gain valuable insights on how we behave on our roads, all while giving customers the opportunity to gain rewards and discounts on their premiums,’ says James.

In its first year since launch, GoCarma users recorded more than 10.5 million kilometres of driving.