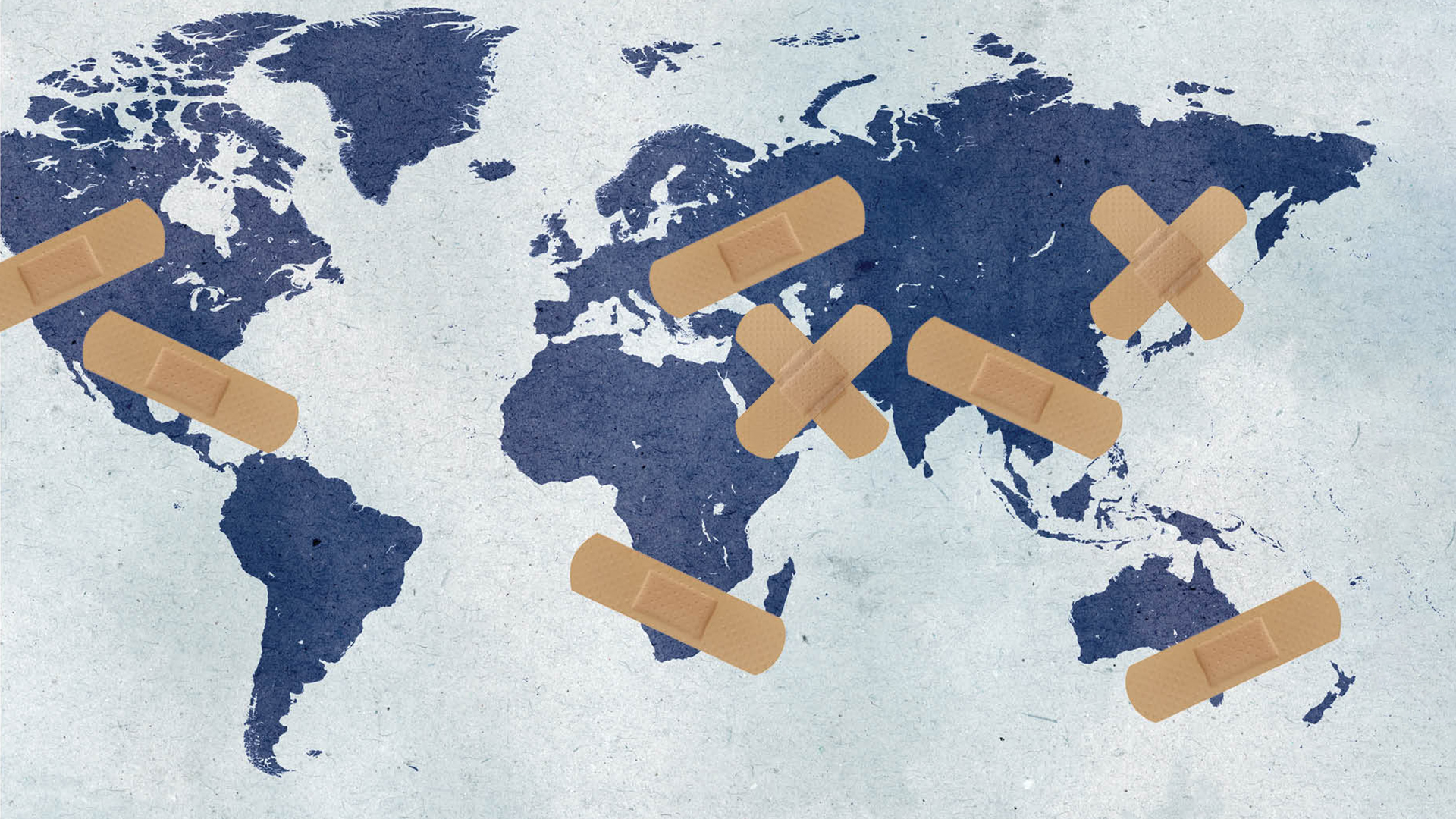 Across the world, geopolitical risk indicators are flashing red. The first half of 2022 has been marred by the worst outbreak of armed conflict in Europe since World War II, together with galloping inflation, natural disasters, China lockdowns and political divisions bedevilling major economies.

With transnational supply and trade the norm, it’s becoming increasingly clear how a war thousands of kilometres away in Europe can lead to higher food prices in New Zealand, and how a pandemic-related shortage in semiconductors from East Asia translates into a 3–12-month wait for a new car in Australia.

The widescale loss of life, destruction of property and severe disruptions to systems of trade, transport and production caused by the Russia–Ukraine conflict — coming on top of the ongoing effects of the global financial crisis, the COVID-19 pandemic and the accelerating impacts of climate change — have businesses and investors on high alert.

Measures of uncertainty and stress such as the CBOE Volatility Index jumped as tanks rolled into Ukraine. They have remained elevated amid expectations that interest rates will rise as central banks to try to contain surging food and fuel prices.

Among reinsurers and industry analysts there is broad consensus on the top geopolitical risks that confront the sector. The war in Ukraine has thrust tensions between the West and Russia and China to the top of the list, overshadowing — for now — other high-profile threats, including climate change, cyber attacks and pandemics.

The BlackRock Investment Institute goes so far as to warn of a high risk the war will escalate into direct Russia–NATO conflict, threatening to further fragment international financial, trade and production networks.

Linked to the physical war is concern about a proliferation in the number and scope of cyber attacks. ‘Cyber is the other major risk because of nation-state support for cybercriminals and cyber warfare and commercial espionage,’ Schiffer warns.

Insurer Lloyd’s of London rates cyber attack as one of the most important threats reinsurers need to consider.

‘Cyber has grown to one of the most expensive threats to businesses, with more than US$5 trillion in losses annually,’ says Lloyd’s. ‘Cybercrime represents the largest transfer of economic wealth in history.’

This risk is amplified by Russia’s attack on Ukraine by not only potentially providing safe havens for criminals but raising the possibility of state campaigns targeting essential infrastructure such as national power grids or water systems, costing tens or hundreds of billions of dollars in economic losses.

These are not the only geopolitical risks insurance industry analysts think reinsurers need to take into account.

Lloyd’s warns the pandemic is accentuating an international backlash against globalisation, with implications for trade and production networks and multinational firms.

The potential consequences for transnational corporations, it says, include disruptions to supply, loss of sales opportunities, price and currency fluctuations, and legal and reputational risk.

All these possibilities were thrown into stark relief when the United States and Europe imposed significant economic sanctions on Russia over the Ukraine conflict, causing many companies that do business there to sever supply chains, dump investments and offload assets at risk of legal sanctions or consumer boycotts if they did not.

BlackRock says there is a long history of food shortages and inflation causing political instability in such countries, raising the prospect of a wave of sovereign defaults in the years ahead.

More positively, however, it assesses that the risk of European fragmentation has receded because of Russia’s aggression, improving prospects for eventual fiscal union.

How are reinsurers responding to the current febrile environment? Schiffer says the reinsurance industry is adapting swiftly, pointing to the recent extension in cover for cryptocurrencies and blockchain-related activities. In some ways, he says, this is all business as usual.

‘There will always be risks expanding, and the reinsurance industry has a good history of meeting those risks by innovating and providing capital to address those risks,’ he says.

‘Clearly, we see premiums increasing for certain lines, like cyber, and … companies are popping up to deal with various issues, including property cat, cyber and crypto.'

’However, Schiffer admits that the reinsurance industry is not growing. Instead, it is shifting to meet demand as risks emerge, by beefing up exclusions on some products even as it develops new ones.'

‘Where the industry is apt to let itself down is in its perpetual habit of underwriting via the rear-view mirror,’ says Bilney. ‘The instinctive response to a major loss event is to write another exclusion into every policy, as if that addresses the needs of policyholders.’

His criticism is echoed by the authors of a Lloyd’s report on emerging risks released in September 2021.

While noting that geopolitical risks have in the past resulted in innovations such as national pools, private mutuals, swaps, government backstops and risk sharing across multiple stakeholders, the report nonetheless notes that often the initial industry reaction has been to pull back.

For example, it says, many companies reacted to the 2001 US terrorist attacks by deeming terrorism ‘uninsurable’. Over time, experience and developments like better quantitative models shifted views and now terrorism coverage is a routine and profitable area of business.

Facing geopolitical risks that typically straddle multiple lines of business, reinsurers are urged in the report to be more open-minded in their approach. Just because a risk is systemic does not make it universal.

Geopolitical events have winners and losers, making it possible for insurers to diversify the risk if they are armed with good information and analysis.

‘Insurers typically view losses, underwriting and capital allocation within siloed categories of business, because these risk classes are usually independent of each other,’ the report says.

‘Increasingly sophisticated aggregation control systems and new generations of analytics have made it easier for insurers to monitor [clashes] and … price and reserve capital for multi-line correlations of loss.’

For example, it says, political risk insurance — widely dumped amid the 2009 global financial crisis — has rebounded, particularly in Bermuda, the US and Britain and is now worth around US$3.7 billion.

There remains a gap in protection for geopolitical risks, and here the Lloyd’s report spies opportunity. One such area of potential growth is cover for supply chains. To date this has been a niche activity because of issues around complexity, pricing challenges and a lack of transparency.

However, Lloyd’s argues that improved information sharing, better data collection and analysis, and creative product design could turn this into an area of significant growth.

Overall, Lloyd’s urges reinsurers to take a more expansive view of their role by working more closely with clients to not only tailor their products but also help reduce the
risks they face.

‘By providing products and services to de-risk some of the challenges … the insurance industry has the potential to improve the resilience of companies operating internationally and to contribute to the resilience of growing economies to the geopolitical risks they face,’ says Lloyd’s.

Bilney is blunt: ‘Over the last couple of years, the reinsurance industry has been reminded that it exists to accept the transfer of risk, whether that risk be relatively mundane or catastrophic.'

‘What really matters in the end are products that the great majority of people and businesses are able to buy. If the industry is to remain relevant, and even gain the trust of the buying public, then it must focus on intelligent, properly priced risk participation where the rubber meets the road. We exist to share risk, not avoid it.’