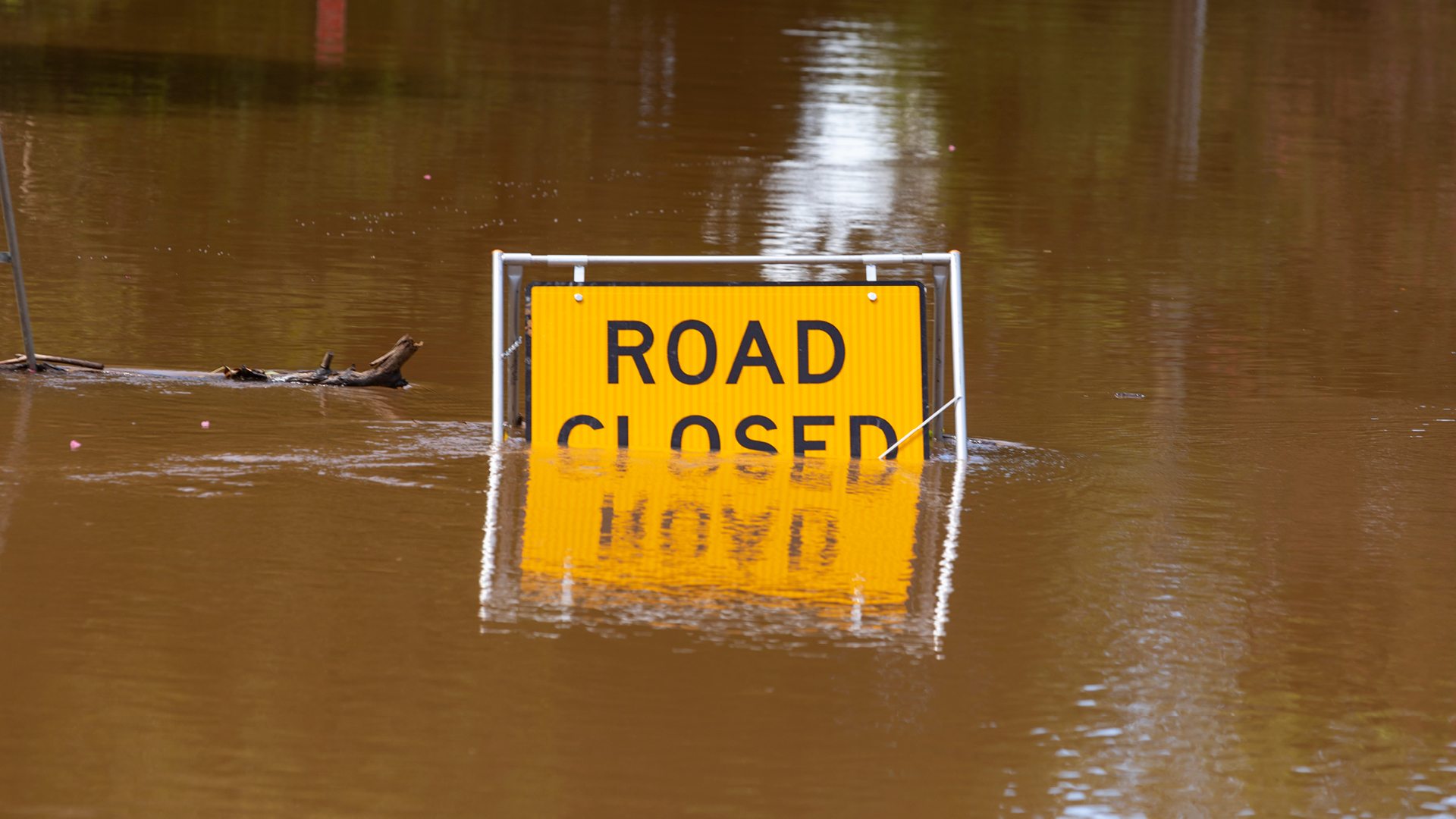 The recent disastrous floods in northern New South Wales and Queensland, estimated to cost insurers at least A$4.38 billion, have focused attention on the cyclone and related flood damage reinsurance pool for northern Australia that commenced on 1 July 2022.

The pool was actively promoted by former Prime Minister Scott Morrison and is backed by a A$10 billion government guarantee.

The mechanism of the new reinsurance pool can be accurately compared to Pool Re, a terrorism pool in the United Kingdom, defined in the following way by its administrators: ‘In the event of a loss resulting from an act of terrorism (substitute cyclone and/or flood event in the Australian context), each member must first pay losses up to the threshold that is determined individually for each insurer. If losses exceed that threshold, the insurer can claim on the Pool Re reserves.

‘These reserves have been accumulated by the members of Pool Re since its inception. It is only in the event that the reserves are exhausted that Pool Re would draw upon government support.’

Will the pool reduce premiums?

The northern Australia pool is intended to apply to residences and small businesses as an alternative to current insurance arrangements. The former federal government suggested it would reduce premiums by 46 per cent to 58 per cent for private insureds and up to 34 per cent for small to medium-sized enterprises.

However, the new Labor government launched the pool on 1 July confirming the pool would not deliver the savings it had promised.

Industry critics had already raised doubts about the projected premiums savings for customers. Sure Insurance managing director Bradley Heath told a Senate committee hearing ‘the mandatory participation for the cyclone reinsurance pool could see some policyholders paying more rather than achieving savings’.

Another point of contention was the lack of disclosure around the modelling that will be used to establish the parameters of the pool’s mechanism. Assistant Treasurer Stephen Jones released the modelling at the pool’s launch, saying the former government had misled voters, ABC reported.

‘The modelling at the moment suggests in high-risk areas you could see an [average of] 19 per cent reduction for homeowners and 15 per cent for strata,’ Mr Jones said.

University of Melbourne post-doctoral research fellow Dr Antonia Settle told the Senate committee, the pool would be a ‘blunt instrument’ expanding ‘the unavailability of insurance’, which has rapidly become a national problem reflected by ‘the beginning of price realignment in real estate as climate change starts to be priced into the market’.

The publication Crikey remarked: ‘A taxpayer-funded reinsurance [pool] simply treats the symptom, not the problem which is climate change.’

On virtually the same day as the federal government conveyed its support for the cyclone reinsurance pool, major insurer Suncorp advised that it had ‘sufficient reinsurance to cover its expected losses from the recent floods’ but warned that ‘reinsurers are losing interest in Australia because of its escalating risk profile and high costs, which need to be passed on to customers in the form of higher premiums’.

‘Floods and similar disasters are increasingly common and devastating. Years of costly disasters like these have compounded losses for insurers, driving up the cost of coverage overall, especially when it comes to property policies.’

On reinsurance, Zywave remarked: ‘Reinsurers have exposures to many of the same flood events and trends that are affecting insurance companies.

For 2022, reinsurance is becoming more expensive to obtain, which is reflected in the overall cost of insurance.’ An even more compelling view was expressed by Swiss Re, one of the largest international reinsurers in the market. AFP reports that

‘Swiss Re said worldwide flooding caused US$82 billion of damage in 2021, warning that the amount of uninsured losses was likely to grow with climate change.'

Swiss Re further commented that ‘floods affect nearly one-third of the world’s population, more than any other peril, but a full 75 per cent of flood risks are still not insured’.

The proposed pool initially received qualified support from the Insurance Council of Australia (ICA), which also suggested larger businesses should be included.

At the time, the ICA pointed out that between 2007 and 2020, insurers in northern Australia suffered combined losses in the region of A$856 million, which ‘was not financially sustainable’.

In February 2022, then Prime Minister Scott Morrison stated that ‘a reinsurance pool would deliver on the government’s commitment to maximising northern Australia’s potential and ensure Australians in cyclone-prone areas have access to affordable insurance’.

This sparked a new debate about whether the cyclone reinsurance pool should be extended to include nationwide flood risks.

Prompted by the Western Advocate newspaper, the idea was rapidly supported by some politicians, including former federal Treasurer, Josh Frydenberg.

The Guardian newspaper reported that Frydenberg was ‘open to the idea of extending the pool’ but qualified his concern about creating ‘expectations’. ‘There are questions about how to make it workable, so we will have to get further work done,’ the Treasurer told The Guardian.

Having raised the concept initially, the Western Advocate later slammed it, claiming that ‘we must find a better solution to the insurance crisis than is being offered to northern Australia.

‘A reinsurance pool cannot be a national solution, because it isn’t a solution for northern Australia.

‘There are no cheap and easy solutions, but the terrain is clearly mapped out across an array of inquiries. More than a blanket subsidy for the insurance industry, the time has come for climate vulnerability to be taken seriously by the federal government.’

A nationwide reinsurance pool for all flood risks would present tremendous logistical and underwriting challenges, to say the least.

This was borne out with the release of the modelling used to design the Northern Australia Reinsurance Pool, which prompted the ICA to reiterate its long-held view, in line with the Western Advocate, that ‘investment in mitigation and resilience, alongside changes to building standards and land-use planning and the removal of state taxes on insurance, offer the best opportunity for sustainable premium reductions over the longer-term’.

ICA CEO Andrew Hall welcomed ‘full transparency to the modelling’ and asserted that ‘insurers have been concerned that consumer expectations around premium decreases were never going to be met through this scheme.’

‘Ultimately this data highlights that driving sustainable relief to people’s premiums will require long-term co-ordinated investment across a range of measures from all levels of government,’ Hall said.

With varying statewide flood risk profiles and differential base premium rates, as well as multiple insurers’ views, there would be significant hurdles for a national pool.

And since the cyclone reinsurance pool had a gestation period of seven years, just how long would it take to reach a consensus on a national flood reinsurance pool, let alone the costs involved?

Another problem is that non-residential insurances are not the only policy type affected by floods. Motor vehicle, mobile plant, large business, crop, agriculture, construction works, infrastructure, business interruption and pleasure craft are all obviously impacted by floods as well.

So, what is the answer?

Flood risk control rather than a reinsurance pool is clearly the most practical solution.

The Queensland Government has the right idea with its own A$10 million North Queensland Natural Disaster Mitigation Program, which aims to reduce disaster risk in cyclone-prone coastal areas.

With support from the federal government, the Queensland Government has also announced a A$771 million flood relief package including a A$741 million Resilient Homes Fund providing options for eligible flood-affected Queenslanders to raise, retrofit and take part in a voluntary buy-back scheme.

The state and federal governments are also jointly funding a further A$721 million to support broader community recovery. It includes:

This proposal is intended to help implement the ‘flood mitigation solution’, which is often mentioned but rarely supported with such a substantial budget and set of promises. If the proposed funding eventuates, many currently uninsurable homes should qualify for insurance in the future.

The former Prime Minister Scott Morrison initially advised that the proposed package was the entire responsibility of the Queensland Government, but he later reversed the decision, promising to fund 50 per cent as requested, subject to ‘conditions’.

The buy-back provisions suggested might also encounter resistance from homeowners who object to moving and rebuilding elsewhere.

Meanwhile, the New South Wales Government is yet to match Queensland’s lead on relief but has agreed to provide A$112 million for flood victims, including up to A$20,000 each for uninsured homeowners, with no federal involvement.

What can government do?

Potentially, government could arrange insurance for flood risk, but at a cost. Some countries have special reinsurances or funding arrangements to cover risks such as earthquakes, floods, cyclones or even drought, often with support from the World Bank.

Most of these arrangements come under the definition of ‘parametric insurance’, which is a solution based on a predetermined parameter, with a payout triggered by that parameter, regardless of known or estimated damage.

For instance, the predetermined parameter might be an earthquake of a stated intensity in a pre-agreed region. If the event occurs as determined, the sum insured is promptly paid out.

A parametric flood arrangement might entail a specific rainfall, river volume or inundation in nominated areas or rivers as the trigger for a pre-agreed sum insured to be paid in full.

The complexities and costs of such a scheme for flood in Australia would be mind-boggling and have likely exercised the minds of those initially designing the cyclone reinsurance pool in northern Australia, only to be rejected as unfeasible. It would be the same for nationwide flood risks.

One of many solutions

In Western culture, there is a saying: to ‘cut the Gordian knot’, which means to solve a very challenging or intractable problem decisively.

There is no cut-the-Gordian-knot solution for the flood insurance challenges facing Australia. Insurance and reinsurance cannot be the only solution.

The Queensland and New South Wales governments plan to fund extensive flood-mitigation measures, which appears to be the most logical and effective approach to systematically and quickly take action in proven flood-prone areas.

Insurance will meanwhile remain affordable in non-flood-prone regions. It will become obtainable in flood-prone areas when the proposed mitigation measures are implemented and become effective.

The July flooding in previously affected regions serves to reinforce the costly and practical challenges facing all impacted parties including state and federal governments who promptly promised additional immediate financial and logistical support.

This commentary is a personal view and does not claim to be exhaustive on the topic of flood risks.