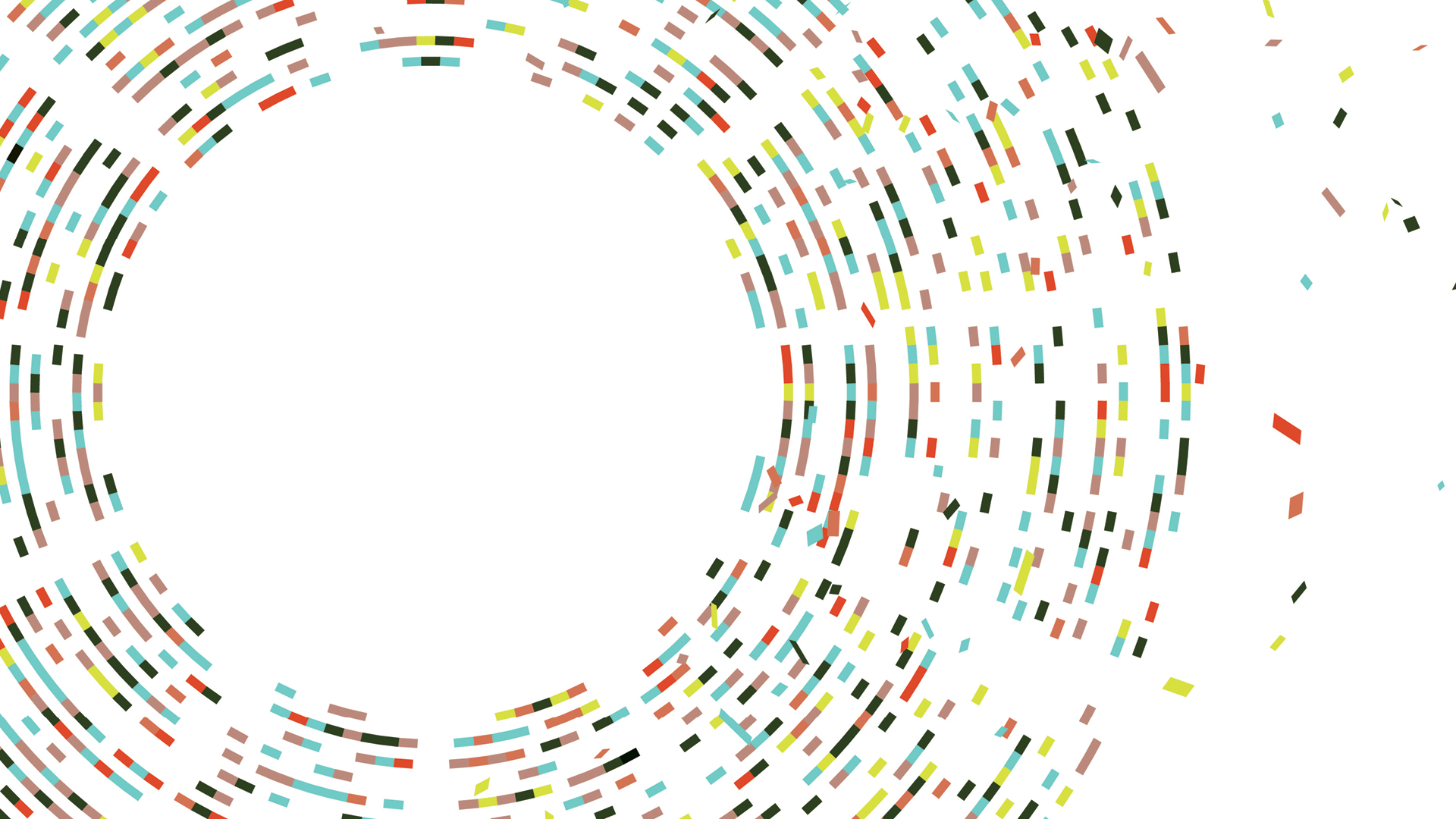 The increased accessibility of genetic testing has been problematic in the insurance sector, where a more personalised understanding — and pricing — of risk has come up against notions of privacy and discrimination.

At the turn of the millennium, a full genetic test cost as much as US$1 million. Today, the cost is generally under US$1,000 and access in developed economies is widespread. For people wanting to know about their risk of disease or seeking to satisfy their curiosity about family ancestry, that is good news. It’s also good news for biomedical researchers building ever larger databases of aggregated genetic information. But the availability of genetic testing has created a dilemma in the insurance industry.

The impact of disclosing genetic results

Many people fear that the disclosure of their genetic information to insurers will result in higher premiums or that they may be refused cover entirely. The issue can put people off having a genetic test or can put them off even applying for insurance.

From the insurance industry perspective, more information and data is welcome, as underwriters look to more accurately price the risk, but the danger is also commercial if too many people are dissuaded from taking out cover for fear of the consequences of disclosure.

In the past two decades, this dilemma has even created its own terminology: genetic discrimination or GD.

Consumer protection around the world

The ethical and commercial balance between individual and insurer has been dealt with differently in various jurisdictions.

In New Zealand, legislative gaps mean that insurers can use the genomic test results to refuse cover or increase premiums for products such as income protection, permanent disability and even travel insurance.

According to head of the Medical Genetics Group at the University of Auckland Professor Andrew Shelling, New Zealand is ‘out of step with the rest of the world in its consumer protection’, particularly given the country’s obligations to improve the health of the indigenous population, who are historically resistant to testing.

Elsewhere, the Japanese insurance industry has established guidelines banning health and life insurers from using genetic testing to discriminate against insurance applicants. However, as in New Zealand, there is no law preventing insurers from requesting and accessing test data.

In 2021, Singapore introduced an open-ended moratorium on insurers using predictive genetic testing results when assessing any insurance application. The exception is if an applicant wants a level of cover higher than outlined in the moratorium and they have taken an approved test. The Hong Kong Federation of Insurers has a similar model, with members abiding by a best-practice code governing the use of genetic testing.

Australia also has a moratorium in place. Health insurance is legally protected from genetic discrimination, but life insurance isn’t — although its applications are limited.

In 2019, the Financial Services Council (FSC) followed the United Kingdom and introduced a five-year, self-regulated moratorium on the use of genetic test results — including research findings — for life insurance policies up to certain limits.

The right balance with genetic disclosure

Halfway through the moratorium period, Nick Kirwan — policy director, life insurance, for the FSC — says he believes the Australian system is getting the balance right. He is a staunch advocate for ongoing industry self-regulation.

‘The moratorium means that people can take out a reasonable level of cover without having to disclose an adverse result from a genetic test,’ says Kirwan.

‘If they want cover which exceeds those limits, they would have to disclose the results and they are also able to voluntarily disclose a favourable test result.’

Kirwan is originally from the UK, where he was involved in that country’s moratorium from its early days in his previous role with the Association of British Insurers. He is quick to compare the Australian experience against benchmarks set by other countries.

‘This is more than the median amount of cover which people choose to buy,’ says Kirwan. ‘It lets people choose the amount they would typically buy without disclosure, but it also means that people can’t go nuts with millions of dollars in cover, knowing that they are likely to claim. In that situation, it’s the other customers in the risk pool who would pay for that, so it’s about getting the balance right.’

The Australian approach is up for review at its halfway point this year and Kirwan believes it is a system that is working and an area that does not need legislation.

The FSC plans to add independent oversight when the genetic testing provisions are added to its Life Insurance Code of Practice. It has input from consumer rights organisation the Financial Rights Legal Centre and a compliance committee, which will collect and have oversight on industry data.

While Kirwan believes Australia has the balance right, the UK’s Duncan Minty is not so sure. Minty worked in the disability insurance area for many years before starting his own firm, Ethics and Insurance. He is concerned that the UK Concordat and Moratorium on Genetics and Insurance agreement between the industry and the government, which is now renewed every three years, is an ‘analogue’ agreement, which is not fit for purpose in the digital era of big data.

‘The UK code hasn’t fulfilled its original intentions, and there have been side doors to get out of and back doors where issues can be ignored,’ he says.

‘One major problem is that it focuses only on underwriting when, in fact, insurance decisions are made in marketing, counter-fraud and in claims, and the code has largely ignored this.’

Be careful what you wish for

Beyond the problems Minty sees with the UK approach, such as its voluntary nature, he sees a wider issue that presents almost an existential threat to life insurance.

‘Once you get to the point that people know what their health risk is and so does the insurer, say for example you have cancer and no-one wants to insure you, then that is part of a wider question on the sustainability of the underwriting model for delivering what the public expects the insurance market to provide, which is some form of risk transfer,’ says Minty.

He points to a late 2021 speech by Piyush Gupta, CEO of Singapore’s DBS Bank, who said that genetic testing and insurance could be a case of ‘careful what you wish for’.

Gupta outlined a scenario where, in the future, insurance companies would use artificial intelligence (AI) and genetic technology to determine if people would remain cancer-free for the rest of their lives.

In this world, people who are going to be cancer-free might not take up insurance and, conversely, insurers could be unwilling to insure those pre-determined to acquire the illness. Other people could be scared off genetic testing for fear of an adverse finding, and this could undermine the advance of medical science.

‘The more individualisation we have in the insurance markets, the more questions arise, because either people can’t get insurance or they don’t want to buy it,’ says Minty. ‘The ultimate result of that would be to close the door on the insurance market, with a sign on it saying: “will the last one out please turn off the lights”.

‘The market feels that whoever grasps this first will be at a competitive disadvantage, so they all carry on towards the cliff together.’

Minty is not an advocate of pooling all risk and averaging it out, saying that would take insurance ‘back to the 1700s’, but he believes that too much personalisation — combined with a tsunami of data in coming years — could see too many people considered uninsurable.

‘People feel there is a greater good in understanding more about genetics than there is a downside, but it is a common refrain that insurance is a constraint on this,’ he says.

Best practice around genetic testing, he says, doesn’t apply just to the insurance industry. We live in a world where medical science needs genetic testing, big data and AI to advance. If not handled successfully, genetic discrimination could potentially compromise the viability of life insurance, while also undermining improvements in human health.

How accurate is genetic testing?

According to the Mayo Clinic, genetic testing can be used to diagnose illnesses, predict your risk of developing disease, find out if you carry a genetic disorder and even determine what medications and dosages will help you best manage health conditions.

However, there is a significant difference in accuracy between genetic testing performed by a laboratory at the request of your doctor and many of the home tests you can buy on the internet.

A 2021 study by Exeter University found that genetic tests that use a single nucleotide polymorphism (SNP) chip can often produce false positives for a range of conditions, such as Lynch syndrome (linked to a heightened risk of colon and endometrial cancers) and the presence of BRCA1 and BRCA2 genetic mutations, which can cause breast cancer.

As Dr Amanda Toland, co-director of the Genomics Shared Resource, concludes in Oncology Times: ‘As is often the case with at-home tests, it’s best to trust the work of qualified healthcare professionals over the results of a test you’ve administered yourself. At the very least, those who use a test involving an SNP chip should follow up with a genetic counsellor to discuss their results.’