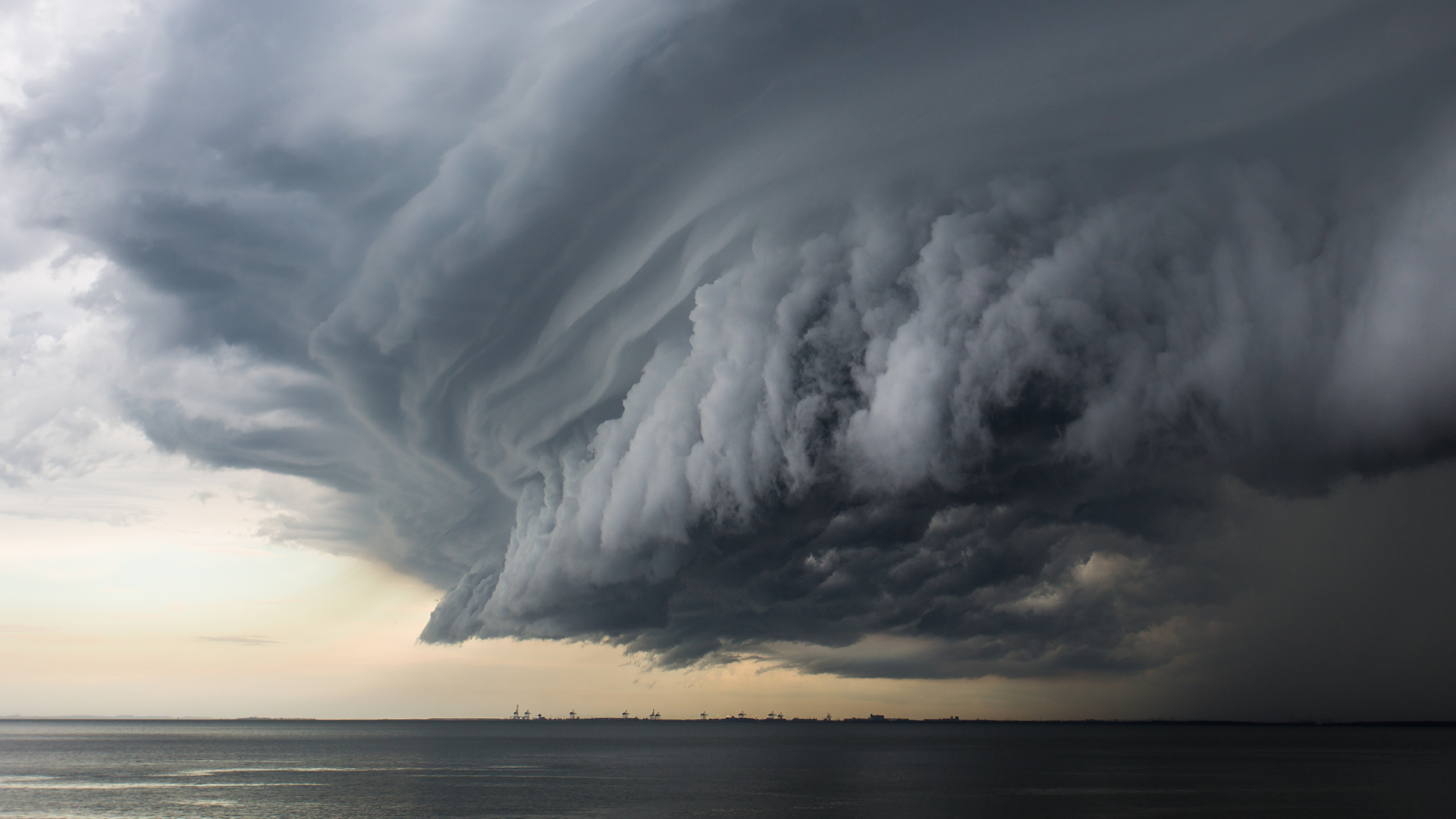 One of the most insidious impacts of climate change-related catastrophes in the modern era is the escalating problem of insurance unaffordability, especially for those in high-risk areas.

‘The rise in natural disasters linked to changing temperatures makes it imperative for us to narrow the region’s protection gap — the difference between total economic losses from catastrophes and insured losses,’ says Russell Higginbotham, CEO and regional president Asia at Swiss Re.

He says the Swiss Re Institute estimates this gap at US$60 billion in Asia, pointing to many businesses and households that could be financially devastated by natural disasters. ‘Insuring against these risks would ensure that when shock events strike, communities are able to bounce back and focus on rebuilding.’

New Zealand-based underwriter Euan Osborne agrees. ‘Generally speaking, any risk that poses a large systemic issue and leads to claims exceeding the premium pool can lead to insurance becoming unaffordable, as it can force insurers and reinsurers to pull back capacity and increase their rates in order to remain sustainable,’ he says.

‘For example, earthquakes have led to property insurance premiums significantly increasing in certain parts of New Zealand, and there is a similar effect as a result of storms, flooding and bushfires across Australia and Asia Pacific.’

In Australia, some parts of the country are more prone to cyclones, floods, bushfires or hailstorms than others, and buildings at those locations are often not mitigated sufficiently to keep premiums affordable.

Other countries in the region have their own issues that can lead to insurance unaffordability. Japan, for example, has to contend with tsunamis, floods, typhoons, earthquakes, cyclones and even volcanic eruptions. And India is exposed to earthquakes, tropical cyclones, floods and droughts.

Diving into the pool

‘Because of this, governments across the world have employed a variety of approaches to promote affordability, including forming pools. Pool design can be tailored to the local drivers of affordability pressure.’

Some pools are designed to address a capital shortage due to the size of extreme loss, such as in Japan, California or Florida. In other cases, pools target high premiums resulting from the risk at a location such as a riverbank — for example, Flood Re in the United Kingdom.

In Australia, the Australian Reinsurance Pool (ARPC) was established by the Terrorism Insurance Act 2003 to correct a market failure in commercial property insurance, which occurred in the wake of the 11 September 2001 terror attacks in the United States.

At the time, portfolio managers and building owners were struggling to obtain cover for high-value properties because of the risk of terrorism. This threatened to stifle commercial property and infrastructure development and distort investment and portfolio allocation decisions.

More recently, the Australian Government has also established a Cyclone Reinsurance Pool Taskforce to consult on and develop a final design for a reinsurance pool for cyclones and related flood damage.

‘The common theme across insurance pools is that they were often established after a major loss event,’ says Win-Li Toh, a principal and actuary at Taylor Fry.

‘They are intended to address availability issues where retail policyholders are heavily exposed to a peril. But they have evolved over time to address affordability in some cases and enable access to people who may otherwise not have had cover.’

Christian Mumenthaler, group CEO of Swiss Re, argues in a blog that digitalisation can be a great lever for (re)insurance to reduce the protection gap.

‘First, it opens a whole new spectrum for insurers to collectively cover risk, including those that are currently uninsurable,’ he says.

‘Second, digital technology can help to overcome the major obstacles for people and businesses to buy insurance: affordability, ease of access, attractiveness of the product and transaction costs.’

Mumenthaler says the modelling of risk with more granular data and analytics provides exceptional risk information, allowing the insurer to rate a risk based on individual exposure and propose tailored solutions. At the same time, big data and cloud computing enable new insurance models that were previously not possible due to lack of real-time connectivity and access to vast amounts of data.

‘With more risk knowledge, insurers can offer more affordable coverage for behaviours that help mitigate risks. Accordingly, they can provide protection for risks they couldn’t cover before,’ he says.

‘In essence, I see big data as the fertile ground to create new markets and to diversify risks that, up to now, were considered uninsurable. I think it’s no surprise that data is sometimes referred to as the new gold.’

To diminish the uninsurability of risks, Mumenthaler believes (re)insurers must also tackle high transaction costs. ‘The costs of distribution, administration and claims settlement swallow up a third of insurance premiums,’ he says. ‘The digitalisation of the value chain will eliminate many inefficiencies in the insurance market.

Parametrics to the rescue

Parametric solutions can be helpful in some situations where governments require quick assistance to promote post-disaster recovery, such as the Caribbean Catastrophe Risk Insurance Facility, or in jurisdictions where insurance systems are immature or the built environments have limitations.

Parametric insurance sets predetermined parameters and payments for risks that can be objectively measured and verified by a respected third-party authority.

‘This is a relatively new concept in insurance and works by providing a defined payment following an agreed trigger event,’ says Osborne.

‘The New Zealand market has recently seen the launch of Bounce, a parametric product supported by Lloyd’s that provides a prompt payout after an earthquake’s peak ground velocity reaches 20 centimetres per second and above. This is measured by real-time data provided by GeoNet. Although it does not provide the same level of cover as a traditional property policy, it does provide emergency cash flow immediately after the event.’

One of the latest parametric solutions is a new partnership, co-funded by the InsuResilience Solutions Fund, which aims to help protect climate-vulnerable smallholder farmers and marginalised people in Western Nepal against floods.

Nepal is highly prone to multiple natural hazards, yet agriculture is the main source of income for more than 65 per cent of the country’s population, contributing 27 per cent to the national GDP.

The premiums will be subsidised by the Nepalese Government. Community co-operatives and microfinance institutions will act as insurance policyholders as well as distribution partners.

Another well-known example is the customised parametric catastrophe risk insurance product the World Bank designed for the Philippines, one of the most disaster-prone countries on earth with high exposure to tropical cyclones, earthquakes and other natural hazards.

In recent years, the government of the Philippines has improved its financing capacity to respond to disasters by establishing national- and local-level funds as well as contingent credit lines. However, higher-impact disasters would exceed these resources and leave the country vulnerable during the critical emergency response phase.

The solution gives the country access to international reinsurance markets to transfer risk and creates a policy for quick post-disaster payouts once an event is triggered.

Since the payment of claims depends on parametric triggers and not on actual losses, which would take time to assess in the field, claims can be paid much faster.

‘To enable affordable (re)insurance in an environment where catastrophe losses are steeply on the rise, and for a region which is vulnerable to the impacts of climate change, we need to build our future resilience through a combination of mitigation, smart planning and financial risk management,’ says David Sinai, head of property underwriting Australia and New Zealand at Swiss Re.

‘Risk is reduced, risk transfer becomes more affordable and insurance penetration increases, lessening the economic impact of disasters,’ he says. ‘Raising awareness on the benefits of pre- rather than post-disaster financing is key.’

Sinai believes the floods in March this year in New South Wales are likely to become a case study around these issues. ‘Here, we expect that affordability issues for those with high-risk flood-prone properties will result in a significant non-insured portion of the economic loss for this event, highlighting that stakeholders beyond the insurance industry need to contribute to solving this problem.’

Sinai says it’s important that governments play a role in mitigating the impact of extreme weather events to enable more affordable risk transfer in high-risk areas — for example, ensuring new developments are situated in locations that are not highly exposed to these inevitable risks.

‘Aside from risk avoidance, risk mitigation for existing assets is also important,’ he says, pointing to a successful case study in the Queensland town of Roma, where the flood risk was downgraded for more than 500 properties following the completion of an A$8.3 million mitigation project. ‘[Roma] is one example where flood levees have proven to be an effective mitigant, helping to improve insurance affordability.’

Sinai says the insurability of climate risks will require adaptation and mitigation measures through socioeconomic policies, zoning laws and geographic planning. ‘We expect considerable development in regulatory requirements and guidance to emerge over the next few years on this topic.’