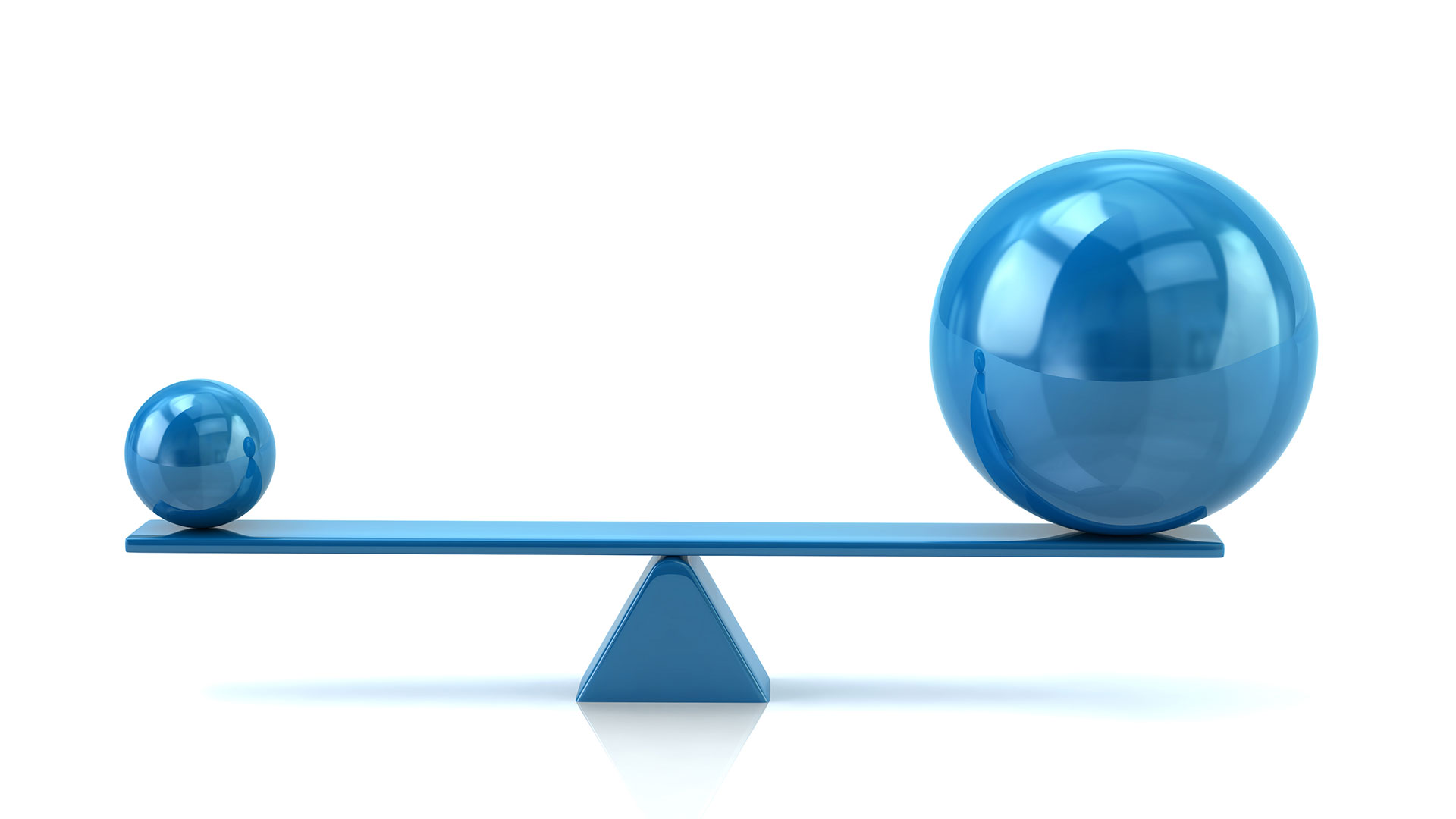 Claims departments have had a lot of changes to deal with ahead of insurers becoming part of the unfair contract terms (UCT) regime.

Bringing insurers into the UCT regime was one of the recommendations of the Hayne royal commission. The move came into effect on 5 April 2021 and by all accounts has required significant policy wording reviews.

That said, it is just one of several changes claims departments in Australia have been getting up to speed with lately.

They have also had to get ready for the new General Insurance Code of Practice, parts of which kicked in from 1 January 2021, and for the requirement to apply for an Australian financial services licence (AFSL) as part of moves to make claims handling a financial service. Added to this is the possibility of more policy wording changes as the fallout from COVID-19 continues.

According to Ray Giblett, a partner at Norton Rose Fulbright, the move to bring insurers into the UCT regime means that some of the powers that claims teams had to demand documents and require responses within certain timeframes are less likely to be enforced and have probably been toned down substantially.

The focus now is on what can reasonably be provided and what is absolutely necessary, he says.

‘Claims managers will probably have to get used to doing more with less. They won’t be able to go on fishing expeditions or be able to cross every “t” and dot every “i” or make insureds jump through hoops.’

Giblett was involved in many clients’ UCT policy wording reviews and describes these as significant exercises requiring lots of internal resources and external legal advice.

He says there was a difference between what had to change and what insurers wanted to change to improve policy wordings. ‘There may have only been, say, a dozen things that definitely needed to change, but there was also a much longer list of things that could be worded better or more clearly. That’s where a lot of changes have been made.’

Some of those changes involve conditions that add unnecessary complexity or that are too draconian and involve steps that aren’t reasonably practicable.

‘Most insurers have taken the opportunity to remove those more onerous requirements, as well as exclusions that are probably unduly broad,’ says Giblett.

‘They have also tried to ensure that policies are transparent in terms of the disclosure of limits and deductibles.’

A big focus, he says, was on reporting claims.

In the past, he says common clauses in policies could, for example, demand that insureds must immediately report any loss or damage or notify the police of a theft within 24 hours or provide a police report verifying an incident.

‘But following guidance from the Australian Securities and Investments Commission [ASIC] and advice from the industry on UCT, these requirements have been watered down,’ says Giblett. ‘Now, insureds must report a claim as soon as reasonably practicable or provide a police report where available.’

UNCERTAINTY: A REALITY OF THE UCT REGIME

Cain Jackson, a partner at Wotton + Kearney, says probably the biggest challenge from the UCT regime for claims departments will relate to the unknowns about how this regime will be applied at a specific claims level.

‘There are no direct precedents, and different policies will raise novel issues for consideration,’ he says.

‘Until we have an established body of case law setting the parameters on the application of this new regime to insurance products, claims departments will have to accept and address this uncertainty as a reality of the new regime.’

Giblett adds that much depends on how the Australian Financial Complaints Authority and ASIC choose to apply and enforce the UCT legislation.

He notes that further changes to the UCT regime have been mooted, which could see penalties imposed and the introduction of a rebuttable presumption. ‘That will mean that if a certain term is thought to be unfair in one context, it is always unfair. That ups the stakes a bit in terms of getting insurers to remove UCT.’

CLAIMS AS A FINANCIAL SERVICE

A draft information sheet released by ASIC in November 2020 confirms that insurers will generally need to handle and settle insurance claims in a timely way; in the least onerous and intrusive way possible; fairly and transparently; and in a way that supports consumers, particularly those who are experiencing vulnerability or financial hardship.

As part of the change, Giblett says claims departments will be required to provide customers with a statement of settlement options.

‘In terms of trying to do a cash settlement or to settle certain losses, it will be necessary for claims departments to have a well-oiled machine that sets out what the particular options are and the pros and cons to the insureds,’ he says.

‘Claims departments will not be able to always rely on the fact that the insurer could have achieved a cheaper outcome in terms of repairs or replacements. They will have less power to force the insured to take or leave the repaired, replacement or indemnity option provided by the insurer. Any wording that says “we may at our option repair, replace or provide the indemnity value” may not be there anymore.’

Jackson says the real fallout from COVID-19 on policy wordings hasn’t yet been experienced in Australia.

‘Insurers are doing their best to anticipate those sectors that will be hardest hit and how their products need to adapt to ensure that writing insurance in those sectors remains a viable commercial exercise. That’s an ongoing process,’ he says.

‘COVID-19 has probably made it harder to buy insurance in certain sectors, such as directors and officers, where insurers were already on high alert for other reasons. Insurers also seem to have a greater appetite to tighten their wordings in certain lines of business.

‘However, that isn’t just a COVID response. It’s more a reflection of a broader hardening of the market with COVID-19 exacerbating the existing concerns of insurers.’

Looking ahead, and leaving aside the obvious ‘hot spots’ like travel and business interruption cover, Jackson says it will be the economic impact of COVID-19 that drives wording changes and the availability of cover.

‘Sectors regarded as particularly vulnerable to COVID-19 will see wordings contract and the options to secure insurance, including affordable insurance, reduced,’ he says.

Under section 12BG of the Australian Securities and Investments Commission Act 2001, a term of a standard form contract is unfair if it:

Uncertainties around COVID-19 are leading to earlier and longer engagement between insurers and insureds in Asia, and in some cases, they are becoming a catalyst for market hardening, according to Carmel Green, a partner at RPC in Hong Kong.

‘Across Asia, we are generally not seeing insurers make substantive alterations to their standard policy forms or insisting on the incorporation of specific pandemic-related exclusions across the board, unless the change comes as a part of broader treaty renewals,’ she says.

‘Rather, to date, the trend has been in favour of insureds and insurers engaging more closely, and perhaps earlier than usual, to discuss the insured’s individual needs and what bespoke changes might be made to a policy to accommodate their specific circumstances, depending on how their industry has been, or stands to be, affected by COVID-19.’

Green says companies facing significant challenges are being encouraged to begin renewal protocols early and advise insurers of anticipated changes in exposures (for example, potential insolvency filings) so that the parties can work together to renew on mutually acceptable terms.

‘The terms might include higher deductibles or additional exclusions. In particular, insolvency restrictions and assumed liability exclusions are featuring more commonly. Insurers might also now be reluctant to accept requests to extend cover on existing terms.’

Green has seen insurers scrutinising renewals more carefully and asking more detailed questions at the pre-inception stage to gain a fuller understanding of the insured’s business, the impact COVID-19 is having on it, its financial performance and operations, and how the business has responded to the crisis.

‘If those enquiries are not addressed to the satisfaction of the insurer, COVID-related exclusions might start to creep in. In this sense, COVID-19 is a catalyst for market hardening across various lines where the increased uncertainty requires insurers to adopt a more selective approach to underwriting.’

HOW COVID-19 IS AFFECTING POLICY WORDINGS IN NEW ZEALAND

Insurers in New Zealand are not expecting changes to claims processing or handling, because, even prior to COVID-19, communicable disease cover was excluded in most policies and sub-limited in the handful of policies in which there was an affirmative cover extension.

A large New Zealand insurer notes that, at the request of reinsurers, insurers are strengthening those exclusions and progressively withdrawing the limited cover that was previously provided by extension.

The insurer says so far there haven’t been challenges to these changes, and it doesn’t expect material challenges to be made. In its view, claims management is unlikely to change very much in New Zealand as a result. If anything, processes will become simpler at the margins as the absence of cover is further embedded in the market.

Similarly, Simon Ladd, a partner at law firm Bell Gully, reports that changes to policy wordings in New Zealand have been quite limited and have involved tightening of cover and increased scrutiny of risk when writing new business and at renewal, across a broad range of products.

‘That’s partly a result of COVID-19, but also reflects pre-existing industry pressures in uncertain economic conditions and with changing risk appetites,’ he says.

Bell Gully senior associate Sam Hiebendaal adds: ‘Unsurprisingly, the COVID-related tightening has focused on health, travel, income and life insurances, but we are now seeing it in areas like property, construction, D&O and third-party liability.

‘For example, blanket communicable disease exclusions have been introduced to some products to confirm that there is no cover for COVID-19. But at the same time, insurers have been working hard to support existing policyholders through COVID-19, especially those encountering financial hardship.’