Claims handling as a financial service: are you prepared? 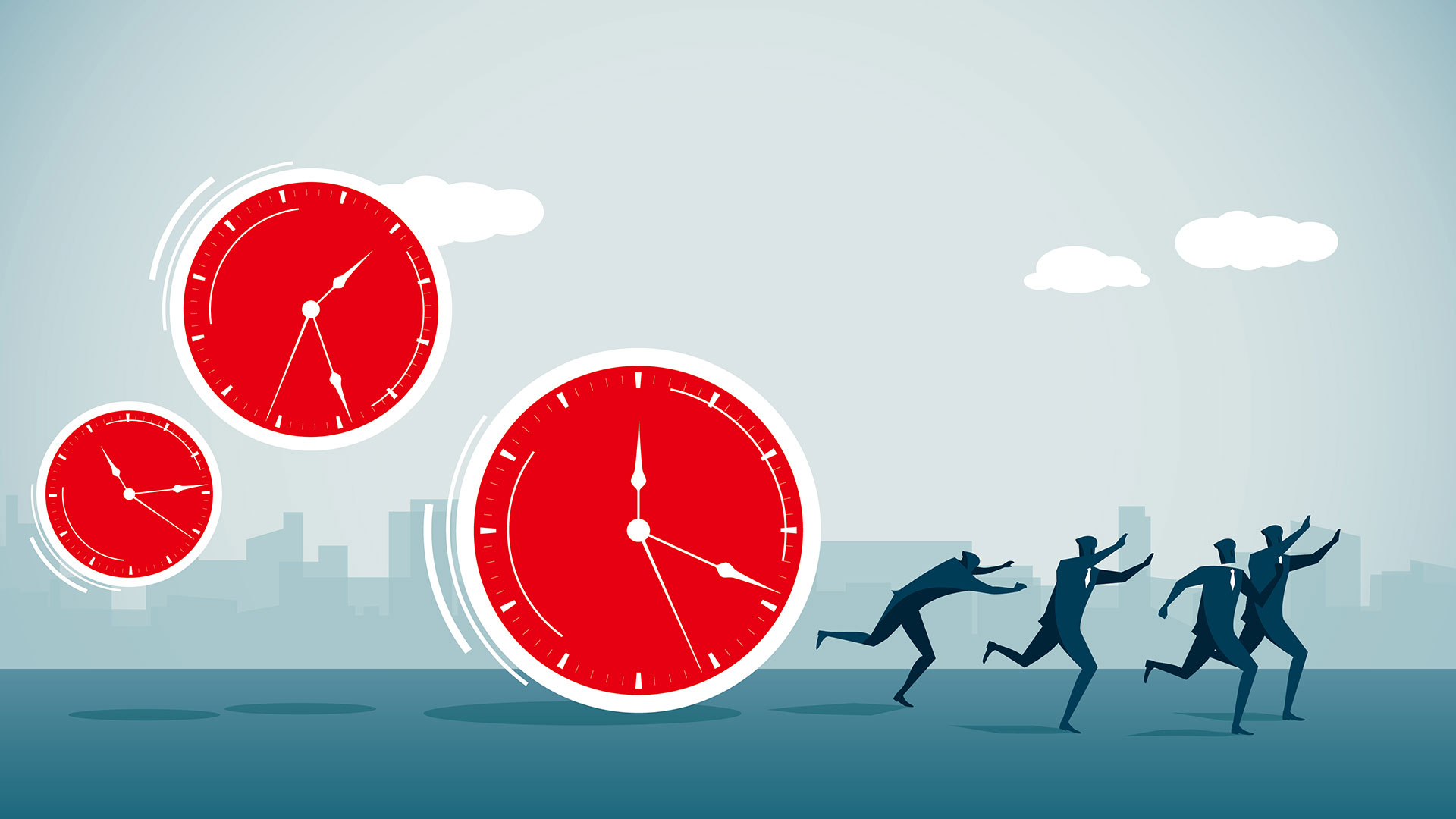 This follows the passing of legislation in December 2020 — as part of the government’s response to the Hayne royal commission — which defines claims handling as a financial service, forcing companies that handle and settle claims to comply with AFS obligations.

MORE INSURERS IN NEED OF AN AUSTRALIAN FINANCIAL SERVICES LICENSE

By January 2022, insurers or anyone acting on their behalf must hold a licence or become an authorised representative. So, too, must anyone who can reject claims on behalf of an insurer, financial advisers and companies that act for customers to pursue insurance claims for rewards.

Those who already have an AFSL will need to apply for a variation to their licence so that it covers the new financial service of claims handling and settling.

While the industry has almost a year to prepare before the new reforms kick in, anyone who is captured by the new licensing regime must apply by 30 June 2021 to give the Australian Securities and Investments Commission (ASIC) time to grant or vary an AFSL.

The Insurance Council of Australia (ICA) describes lodging licence applications as ‘an immediate and most important priority’. A key aspect of the application process will be demonstrating how insurers will meet the new legislative requirements for claims handling, says an ICA spokesperson.

The Financial Services Council (FSC) is also urging life insurers to lodge licence applications as quickly as possible, given that variations take longer to process.

Nick Kirwan, senior policy manager for life insurance at the FSC, says an important amendment to the final legislation — which calls on the industry to handle claims fairly, honestly and efficiently — allows Canberra to extend the transition timetable if needed.

‘Claims won’t stop coming in just because your application is rejected for some reason and you don’t have a licence,’ he says, explaining why fast action is required.

One problem is that the draft information sheet published by ASIC in November 2020 is not yet final and companies are keen to see the sheet in final form before submitting an application.

This also raises the question of whether ASIC would be able to process the number of applications it receives. ‘That’s important, since January 2022 is fast approaching and if ASIC hasn’t got through processing applications and the transition period isn’t extended, we could end up with a bit of a meltdown,’ says Kirwan.

APPLYING FOR A CLAIMS HANDLING LICENSE

Raj Kanhai, a principal of Finity Consulting and a former national retail claims manager for TAL, says most companies have not yet applied for a claims handling licence, or variation, but some are carrying out gap analyses to work out what they might need to do.

This includes knowing that systems and procedures that are calibrated for regulatory compliance will support staff to make timely and accurate decisions and ensure that the company doesn’t fail customers making claims, he says.

Kanhai says those who do not already have an AFSL, such as claims management companies, will need to prepare supporting ‘proof’ documents to demonstrate their competency to ASIC. While he wouldn’t exactly call the task onerous, he says that, for some, it could be time-consuming if they are starting from scratch to prepare the detailed material required.

It is heaping pressure on an industry that is already reeling from a raft of new regulations, he says.

And Kirwan notes: ‘We were hoping for a slightly more streamlined process, but it doesn’t look like that has happened.’

As Kanhai sees it, some companies worry they won’t have the resources to get on top of the claims handling reforms, given the pipeline of changes set for 2021. ‘Claims are traditionally seen as a cost centre, so there will be tension between reducing costs and providing better service,’ he says. ‘Ultimately, the cost is passed on to the consumer, but you would hope that increased efficiency is one of the keys to keeping this sustainable.’

Ray Giblett, a partner at Norton Rose Fulbright, believes it was smart for firms to wait for the Financial Sector Reform Bill to pass and get ‘some of their ducks in a row before pulling the trigger’.

But in his view, those who haven’t given the new licensing regime any thought will have to work hard to submit their applications by June.

‘Certainly for insurers, much of the work will be documenting existing practices to meet requirements,’ says Giblett. ‘It’s a hassle and it will take time — perhaps even longer than a year — and they will need additional resources to jump through all those hoops.’

Giblett believes the industry is resigned to the situation. ‘Of all the regulations coming at it, I don’t think this will be the worst one,’ he says. From where he sits, it will be tough for some players who initially were not captured by the new regime and now suddenly discover that they are.

The exposure draft had contemplated that only persons acting on behalf of an insurer would be captured by the new regime. But the legislation introduces licensing requirements for ‘claimant intermediaries’, which catches those who manage claims for insureds as part of their core business.

‘This is a significant change in approach, particularly since claimant intermediaries were not the subject of scrutiny during the royal commission,’ says Giblett.

Interestingly, brokers are on the hook if they act on behalf of insurers — that is, under a binder — or if they manage claims as part of their core business.

Dallas Booth, CEO of the National Insurance Brokers Association (NIBA), says brokers who act for insurers and have claims handling authority have to include claims handling on their AFSL or be an authorised representative of the insurer for claims handling purposes. But where the broker is acting for and on behalf of clients, the intent is that brokers are exempt.

‘NIBA is working to make sure that the intent is set out in the regulations and guidance from ASIC,’ he says.

RISING CONCERN IN THE FACE OF MANY UNKNOWNS

There is mounting concern about some of the known unknowns, such as managing conflicts of interest.

Kirwan points out that claims managers act on behalf of both the company and the customer. And they must demonstrate they have the processes in place to manage conflicts and ensure there aren’t any inappropriate incentives that favour the company more than the customer.

‘I don’t think any firm would have a KPI based on the number of claims they deny,’ he says. ‘But ultimately, profitability is dependent on how many claims the insurer pays out. Remuneration is paid out of profit. Is that a conflict? Probably not, as long as the firm’s balanced scorecard is laced with all sorts of protections.’

Also, ASIC’s draft information sheet calls on the industry to proactively identify vulnerable customers. ‘Yet, insurance claims always occur at catastrophic times — death, disease and disability,’ he notes. ‘In all likelihood, the safe assumption is that all life insurance policyholders are vulnerable when they claim, unless you can show otherwise.’

Kirwan believes the life industry does conduct claims fairly, honestly and efficiently, but says the legislation will formalise processes and give fresh urgency to training, which will accelerate the push to professionalise.

He confirms that the Australasian Life Underwriting and Claims Association and ANZIIF are working together to deliver an accredited qualification framework that can be rolled out across the industry. ‘All life insurance companies train their claims people. What’s currently missing is the accreditation of that training,’ notes Kirwan.

A standard industry qualification is essential, especially for intermediaries working for several insurers. ‘I think we will see a greater focus on training this year,’ concludes Kanhai.

‘Certainly, there has been some training rolled out with respect to the new code, at least in general insurance … While the industry code is a different instrument to legislation, I would argue that if you fulfil the code, you are largely along your way to fulfilling the upcoming legislated requirements.’

Kanhai believes the decisive move to professionalise the industry through the new licensing regime will forge cultural change. The idea that claims are a poor cousin to sales and underwriting will no longer be useful or acceptable, he says.

‘For many, it will mean a striking shift from seeing claims handling as something of an adversarial relationship with policyholders to one that focuses on fair treatment, avoids conflicts of interest and doesn’t cause harm to its customers.’

WHO NEEDS AN AFSL?

As an Australian financial services licensee, there is a long list of obligations to comply with under sections 912A and 912B of the Corporations Act.

‘The fear is that licensees will become lost in the detail,’ says Raj Kanhai from Finity Consulting. There are five obligations that Kanhai believes general insurers should be prioritising: