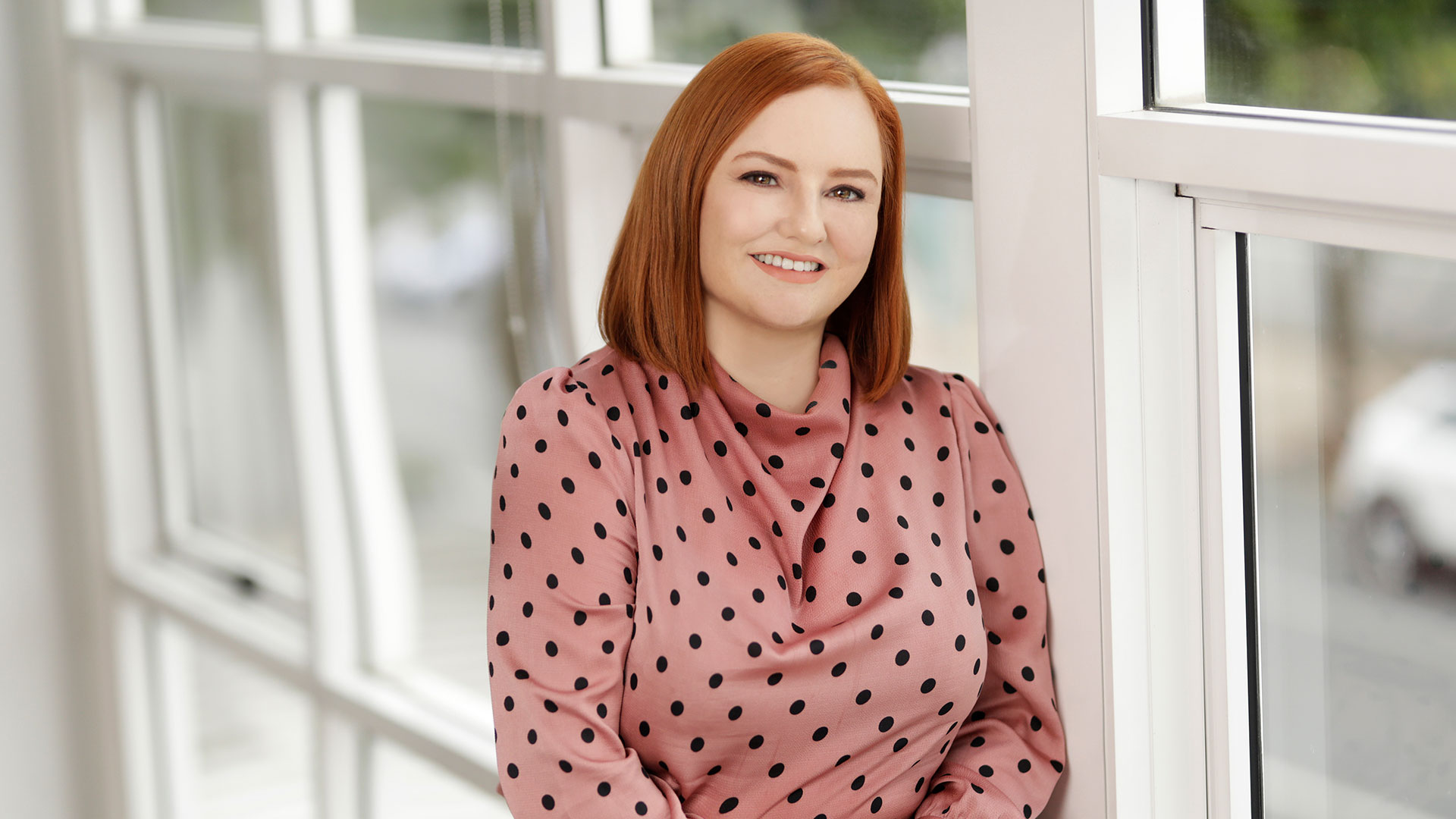 In 2005, Kimberley Jonsson became disillusioned with life as a university student and dropped out.

She still kept her casual job at Target, where she had worked after school and on weekends since 2000, while she mulled over her next move.

‘Then Target stopped giving me hours, so I thought I better go and get a real job, in an office,’ she says. ‘I applied for about 27 positions in one day and CHU called me within hours of applying.

'I had an interview the next day and was then hired as a trainee customer service officer. It all happened very quickly.’

Jonsson sorted the mail and answered the phones at CHU, which is part of the Steadfast Group and specialises in providing comprehensive insurance for strata properties. She found it far more pleasant than retail.

In her first year, she began to underwrite residential strata and in her second, commercial strata.

Three years passed. The ambitious young Jonsson believed her career had hit a rut. She resigned and joined MGA Insurance Brokers, where she had an eight-month stint.

‘I’d wanted to be a business development manager [BDM],’ she says. ‘CHU didn’t even have one in Adelaide, but I just wanted to be one.

At the time, the BDM was the state manager. When that state manager moved overseas, my old boss at CHU called me up and asked me to come back.’

By 2011, Jonsson was transitioning into the role of state manager. The process took longer than expected, and it wasn’t until 2014 that she assumed her new responsibilities. By this time, she had a diploma through ANZIIF as well as an MBA and she felt ‘over ready’ for the role.

That’s why, just three months into the new position, she put her hand up to move to the much bigger market of Queensland. She had never lived outside Adelaide before and left her family and friends behind, with her partner promising to follow her soon afterwards.

‘At the end of my first day, I went home and still felt nauseous after weeks of anticipation of starting my new role. I couldn’t understand it.

Then I looked at myself in the mirror, and I thought, “Oh my god”. I knew I was pregnant.’

Jonsson had a baby and returned to work less than a year later, taking on the responsibility for CHU’s new market of the Northern Territory in addition to Queensland.

‘It was kind of like going to work in a different country, because the brokers didn’t know me or anything about my company,’ she recalls. ‘It was totally different from the presence we have in Sydney, for example.’

In March 2018, Jonsson moved to Sydney, part of CHU’s biggest market — at the time, New South Wales and the Australian Capital Territory had a premium income of A$120 million.

When CHU’s former CEO, Bobby Lehane, phoned Jonsson in September last year, she had no idea that the phone call would change her life.

‘I asked him how his board meeting went, and he said: “Oh good, good. I’ve resigned. I’ve got a lot of phone calls to make, but if you want to be the CEO, you should reach out to one of the board members.”’

Jonsson was devastated by the news that Lehane was leaving. ‘He was my mentor and I learnt something from him every day. I spent the next 24 hours feeling gutted.

Bobby phoned me the next day and asked me if I’d contacted a board member to discuss becoming the CEO. I was like, “Are you serious? Is this really happening?”’

Jonsson found out that she would be the next CEO of CHU during a group Zoom call with Robert Kelly, Steadfast’s CEO.

‘I just could not believe it; I was pinching myself,’ she says. ‘It was never in my five-year plan to be the CEO of CHU, because I started working here when I was basically a kid. I just didn’t think it would ever happen.

'My appointment is a tribute to Steadfast’s commitment to having a diverse and inclusive workforce.’

NO ROOM FOR COMPLACENCY

Jonsson took up her new role in December 2020 and says she wants to encourage a heightened focus on relationships.

‘Something I’ve always liked about CHU is our relationships with customers. There are some really deep relationships that go back to when CHU started. But you don’t want to trade off the length of those relationships and say, “Oh, we’ve known each other forever” — you want to keep earning it.’

Part of this will involve removing some of the manual aspects of strata insurance to enhance the customer experience.

‘I’ve always felt really strongly that even though we’re the biggest strata insurer, we also do it better than any of our competitors,’ she says.

‘I want to bring a focus on the intermediaries so that every customer’s experience with us is a positive one. I want it to be effortless to deal with us.’

To this end, she has been excited by the introduction of commercial strata onto CHU’s StrataTech platform for brokers.

‘It is the first time that brokers have been able to quote commercial strata online and it has been extremely popular since it was introduced.’

This year will see the rollout of optical character recognition technology, which automates data extraction from printed or written text and enables remittances, claim forms and quote slips to be read without rekeying the data.

‘Externally, it means that brokers don’t need to change what they do at their end in order to benefit from our systems. For example, they can send their own slips to multiple insurers and receive a quote straight back from CHU,’ says Jonsson.

When it comes to the biggest risk that the strata insurance space faces, Jonsson doesn’t hesitate: buildings with defects.

‘Following some high-profile cases in the media, we saw insurers lose some appetite for buildings with defects,’ she says, pointing to a large percentage of faulty structures that were found to have defects ranging from low (such as efflorescence) to major (such as severe cracking or balcony failure).

‘CHU has spent more time than ever before with brokers, strata managers and directly with strata committees working through rectification programs to ensure major defects are addressed.’

There is little doubt that Jonsson will give her all to ensure that these complex risks don’t become uninsurable over time.

Born and raised in Adelaide, Jonsson first joined CHU as a trainee customer service agent in 2005, when she was only 20. She then worked her way up every rung of CHU’s career ladder to become CEO. In 2017, she was named Young Insurance Professional of the Year at the Australian Insurance Industry Awards.

Jonsson is on ANZIIF’s Faculty Advisory Board for General Insurance. She has mentored ANZIIF Cert IV students and is part of the NIBA mentoring program in Queensland and New South Wales. She is an accredited trainer and Insurance Subject Matter Expert for the A100, a national introductory course for new strata managers run by the Strata Community Association.

‘We need to put the customer at the centre of everything and if what we do every day is for them and in their interest, our business will be successful,’ says Jonsson. In terms of her own career, she has said yes to every project or extension task that has ever come her way. That said, she doesn’t take herself too seriously and has an egalitarian spirit: ‘There are no excuses for failing to wash your own mug in the kitchen.’

Jonsson’s five-year-old daughter and golden retriever puppy keep her on her toes. Her house is filled with glitter, she watches heaps of Disney television and does a lot of colouring in. She also plays basketball — something she took up again recently after a seven-year hiatus.