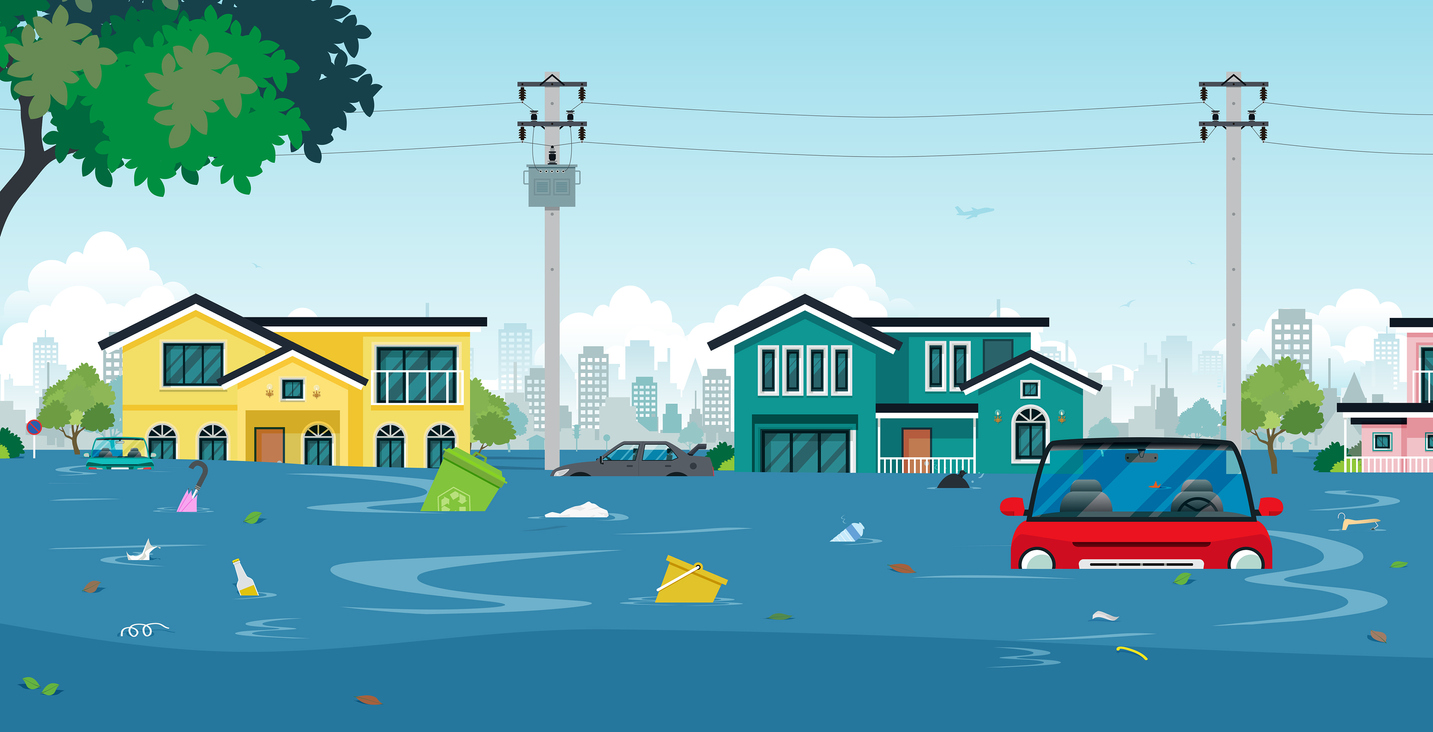 The occurrence of extreme climate-related catastrophe events such as the recent record-breaking wildfire seasons in Australia (2019–20) and California (2020), are reminders of the threat to society of climate volatility.

But can we be sure of the connection between major loss events such as these and physical climate change risk?

As there are many factors at play, it can be hard to detect and isolate the effects of climate change within insured loss data.

Rather the principal driver of the rising cost of natural disasters continues to be societal factors such as where and how we choose to live as discussed in a recent paper from McAneney et al.

Given the frequency of extreme weather events, there is an urgent need to understand physical climate change risk. So how can we respond?

Firstly, the global (re)insurance industry needs to quantify the many projected climate scenarios and evaluate the financial impacts with a greater degree of certainty.

This will include taking into consideration the extensive range of outcomes reflected in these future scenarios. The industry also needs to understand where we are now and drill into the existing risk drivers.

It is not just insurers that are examining these issues.

As the importance of quantifying climate change rapidly grows, a much broader group of stakeholders from governments to financial institutions are looking to adopt climate change analytics and plan for the future.

The first question to address when analysing climate change relates to baseline information which defines the extent of climate risk today including how variable weather extremes can be and the potential impacts of current climate trends.

However, it is key cities along its eastern coast that suffer the greatest exposure.

Data that captures changes in overall cyclone frequency but fails to align with areas of high exposure may not be suitable for depicting future changes in loss.

In addition, factors other than climate change need to be considered.

In New Zealand, the El Niño Southern Oscillation (ENSO) and the Interdecadal Pacific Oscillation (IPO) both affect the variability of precipitation across the country.

On average, wetter conditions are observed on the North Island during La Niña.

During El Niño, conditions are wetter, particularly at the southern tips of New Zealand, while the rest of the country experiences below-average precipitation.

According to the Insurance Council of New Zealand (ICNZ), since 1968, flood accounted for more than 50 per cent of all loss events and damage from heavy precipitation or river flooding represented 60 per cent of weather-related losses.

On the North Island, flooding is often triggered by heavy rainfall brought by transitioned tropical cyclones.

One prominent example was Ex-Tropical Cyclone Debbie — the costliest natural hazard event in 2017 — which resulted in the flooding of Edgecumbe, generating total losses of NZ$100 million (US$71.8 million).

Looking at New Zealand’s flood history, the country has been relatively lucky.

To date the major exposure centres of Auckland, Wellington, Lower Hutt and Christchurch haven’t been hit by a severe rainstorm or flood. However, flood events in major population centres are physically plausible and not unlikely.

Getting back to the baseline question, the insurance industry needs modelling tools to fully understand the existing risk before looking to the future.

But with insurance penetration in New Zealand at exceptionally high levels (around 95 per cent of residential policies include flood cover), re/insurers are still relying on hazard maps and actuarial models to underwrite and reinsure risk.

Before assessing climate change impacts of flood, insurers need to be able to fully capture the risk on a national scale.

Stochastic modelling of all sources of flooding (from river flooding or a heavy downburst of rainfall) is required to reproduce all the likely combinations of weather events across the country through continuous simulation over tens of thousands of years.

Understanding tail-risk events is also critical, such as the repercussions of a major flood hitting a highly populated area.

One such solution is the latest RMS New Zealand Inland Flood HD Model, the first fully probabilistic model for the New Zealand market.

It is built with robust data obtained from local organisations and institutions, including the National Institute of Water and Atmospheric Research (NIWA), Land Information New Zealand (LINZ), local and regional councils, and the ICNZ.

The model is based on 50,000 years of continuous simulation of the entire precipitation cycle capturing the spatial and temporal correlations of flood risk, and all sources of flood— pluvial and fluvial — resulting in a catalog of 350,000 simulated events.

Using the solution, modelers can condition a stochastic event set depicting today’s climate so that it represents the future.

Given that some events we see today will become more or less frequent, modelers can use the latest climate science to represent a range of future conditions for different time horizons under different warming scenarios.

Climate change is happening, and more regulation is likely on the horizon.

Next-generation solutions such as the RMS New Zealand Inland Flood HD Model have arrived on the market at the right time as insurers begin preparing for the Task Force on Climate-related Financial Disclosures (TCFD) reporting requirements that will be mandatory by 2023.

The first step to understanding future risk in a changing climate is to face the challenge of truly understanding natural variability and the extreme loss events we already live with in today’s climate.

High-quality risk modeling offers a clear route to achieve this.