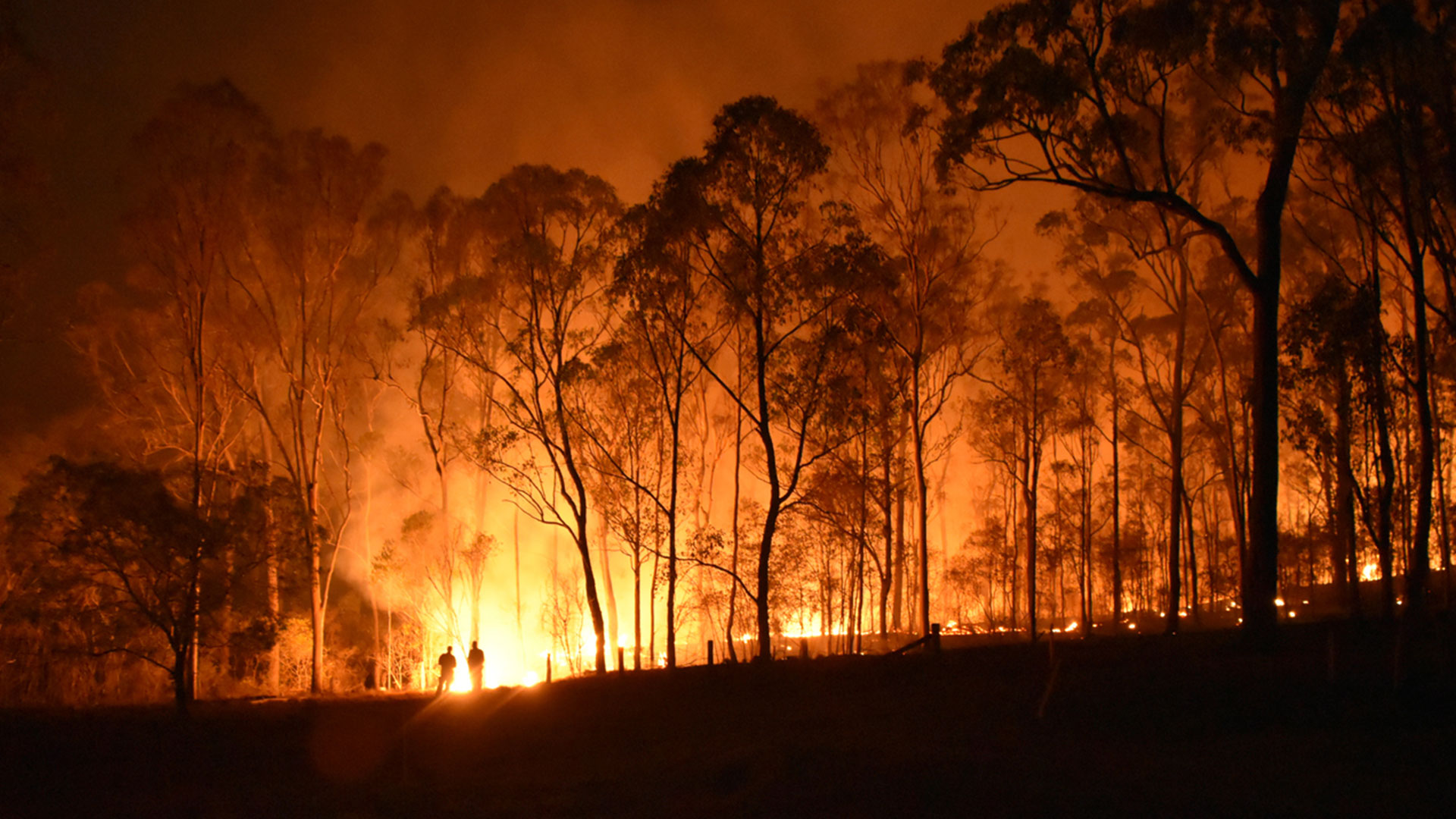 Estimates suggest the ongoing bushfires have burned through more than 10 million hectares (100,000km2), or around 8 per cent of Australia’s total vegetation, as at January 8, 2020[i].

This national burnt extent is extreme but not unprecedented.

A total of over 100m hectares (1 million km2), 15 per cent of Australia’s land mass, burnt across largely remote grassland areas of central Australia during the 1974-75 season, but due to the remoteness of the area, experienced limited property loss.[ii]

EXTENT OF THE DAMAGE

There has been significant attention paid to the size of the burnt area with many commentators comparing it to the land mass of various countries around the world, and in some cases, other historic fires.

From an insurance loss perspective, to do this in isolation from other key criteria, particularly property exposure, often renders the statistic misleading.

For instance, the Californian fire seasons of 2017 and 2018 burned through a combined area of less than 1.5 million hectares (15,000km2) but had a total insured loss of AU$47 billion given the significant density of the built environment located in bushfire-prone areas.[iv]

In the main areas of burnt extent in California, there were approximately 30 to 40 destroyed buildings per square kilometre.

Comparatively, the current events across Australia have seen less than 0.1 destroyed buildings per km2 to date. As a point of reference, the 2009 Black Saturday bushfire season saw approximately 1 destroyed building per square kilometre[v].

When we examine the total number of structures inside the current burnt extent from this fire season (therefore defined as being ‘exposed’), we find there is approximately 4.5 square kilometres of burnt area for every single exposed property.

When we examine other significant fire seasons in Australia (Victoria in 2009, ACT in 2003, NSW in 2013), we find there is more than one exposed property every one square kilometre.

This analysis highlights that although there has been an extremely large total area burnt throughout the 2019-20 bushfire season to date, the impact on the built environment has been significantly less than what might have been expected compared to previous Australian fire events.

This is due to fires burning through large remote areas of each state, mostly NSW and VIC, with the majority of impacted towns having populations less than 10,000.

One of the main driving factors assisting the spread of these fires is the abundance of burnable bushfire fuel thanks to the ongoing record drought conditions across Australia.

Australia experienced its driest spring ever in 2019 according to the Bureau of Meteorology[vi]. Wednesday, 18th December 2019, was the hottest day in the country's history, with average temperatures hitting 40.9 degrees Celsius (105.6 degrees Fahrenheit).

In the past 15 years, Australia has experienced eight of its 10 warmest years on record; as demonstrated by Figure 1.2 below there has been a definite warming trend since 1990[vii].

This trend is being experienced in many countries and regions (see California in Figure 1.2). Winter rains, which can help reduce the intensity of summer fires, have declined significantly in recent years.

The record positive phase of the Indian Ocean Dipole is partially to blame for the severity of drought conditions.

For large infrequent events the level of uncertainty associated in predicting losses is very complex and the potential impacts of climate change only compound that uncertainty.

It should also be highlighted that climate change is a trend and not an event per se in that impacts will result in gradual movements in current averages over time rather than sudden dramatic shifts.

Figure 1.2: The temperature and precipitation maps compare long-term and recent annual patterns in both Australia and California. In both instances, there is a notable warming trend since 1990. This has coincided with increased volatility (spikes and declines) in precipitation patterns. Such conditions are consistent with what scientific literature has suggested will occur in a warming world. These types of patterns are notable for bushfire since elevated rain years followed by drought will cause any new vegetative growth to quickly die out and become fuel for rapid fire spread if ignition occurs[viii].

TOTAL LOSS YET TO BE ASCERTAINED

The total extent of the damage from the 2019-20 fire season remains to be fully understood although there have been at least 2,679 homes lost, with at least 2,162 of those located in NSW.

At the time of writing, there have been 29 fatalities with 20 of these occurring in NSW. In the 2008-09 season which included Black Saturday there was a total of 2140 homes lost, with 173 fatalities.

They will all potentially be challenged by the eventual total insured loss from the 2019-20 bushfire season as losses from the bushfires continue to rise, access to fire damaged regions opens and damage assessments continue.[ix]

These bushfires are significant in terms of duration and geographic breadth of burnt area.

The nature of the current losses from the bushfires means there is the possibility that reinsurance impact will not be as significant as some previous events.

The economic loss is likely to be extreme, perhaps unprecedented, and the longer-term impacts must be considered, with improving Australia’s urban environment resilience at the centre of those discussions.