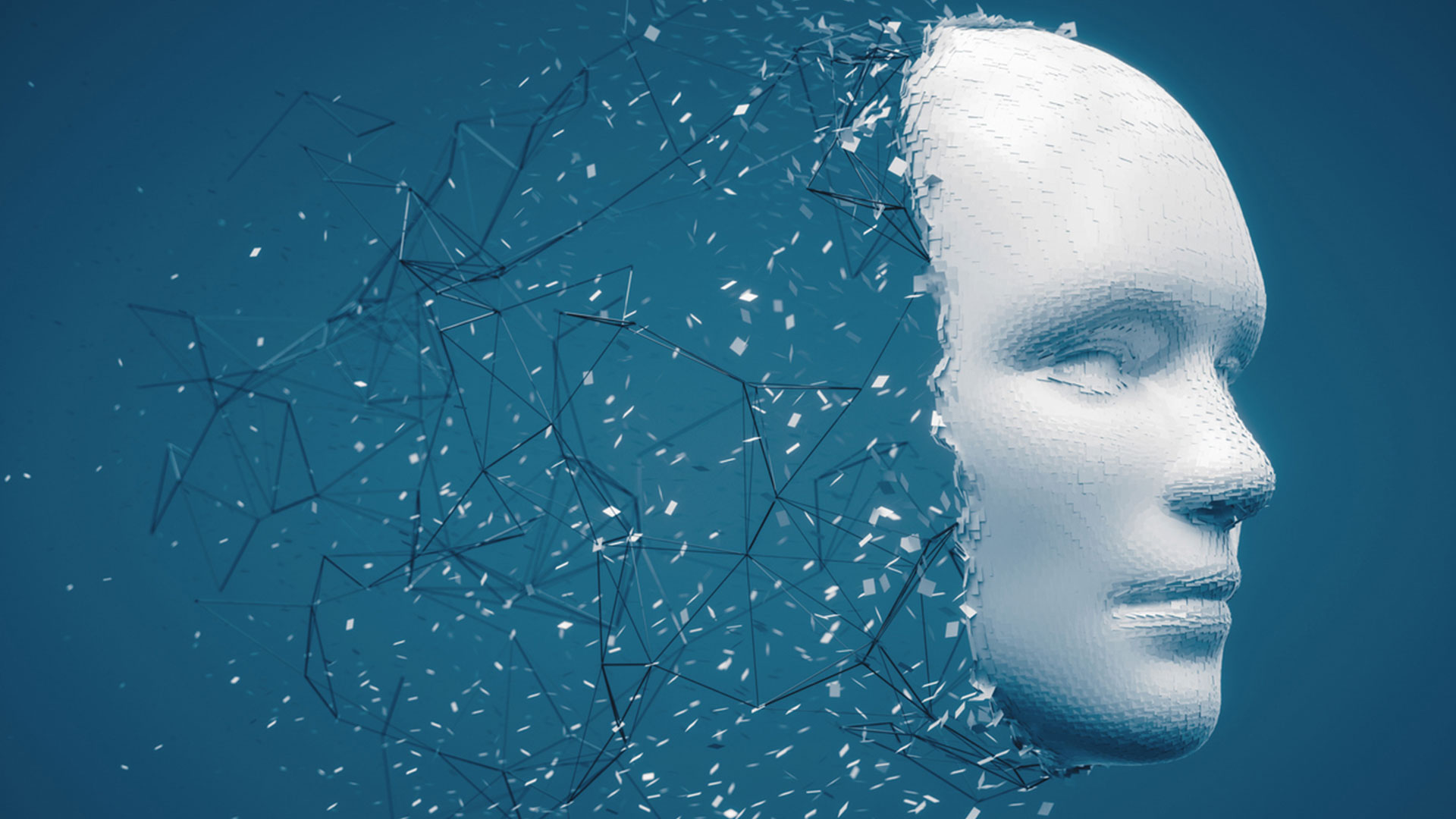 If you’ve ever wished you could bottle the talents of someone awesome you love and admire, the time has come when it’s possible.

Carl Wöcke, the founder of an artificial intelligence (AI) company called Merlynn, has created a technology that allows people to upload a virtual version of themselves, replete with experience, technical skills, IP and insights as well as personal qualities such as empathy, instinct and ethics.

Wöcke has never had a real job.

The South African-born entrepreneur and humanist originally studied traditional business commerce but got bored with it and left without finishing his degree.

For a short while, Wöcke played in areas like business process engineering, but his real passion lay in the pursuit of artificial intelligence, which he understood to be the cloning of human capabilities rather than the process of making data-driven predictions, which is the way AI is currently being used.

A MODEL OF MY GRANDFATHER

Wöcke says its lucky that he initially got the wrong end of the stick about AI, because if had he really understood the space at university, he may not have continued his efforts to model his grandfather.

‘I fell in love in the concept of what might be possible if we could preserve a person’s knowledge and wisdom when they die.  I thought it would be interesting to capture or encapsulate someone’s thinking.

‘With that approach, I went after modelling people, specifically my grandfather. At the time, in the 1980s, there was also a lot of excitement about cryogenics and freezing people’s brains.’

HOW TO MANAGE UNCERTAINTY

He argues that the competitive landscape will be about the way companies manage uncertainty.

‘If I’m using the same claims management system as my competitor, that’s not where we compete,’ he says.

‘Businesses compete in the way they deal with what they don’t know. That’s when the culture of the organisation and its levels of empathy and ethics come into play.

‘However, we currently have the perfect storm, in which the competitive landscape requires us to make more high-level decisions faster, at the same time as managing uncertainty better than our competitors.'

THE DIFFERENCE BETWEEN PREDICTIONS AND DECISIONS

Wöcke says the short-sighted to approach is to use AI for looking at historical data and making predictions.

‘Predictions are not decisions,’ he says. ‘and AI predictions still contain an element of uncertainty.

‘We’re building these prediction engines that have a 90 per cent success rate, but the 10 per cent can decimate your brand.

‘For example, a 10 per cent error margin might mean the chance that we decide that a claim is fraudulent when it is not.

‘And when faced with this kind of uncertainty — if we aren’t sure, because the data is unclear or may be flawed — what do we do? We go to the cleverest person in the room for further analysis.’

BUILDING THE SCALE OF EXPERTS

Wöcke observes that the challenge in the insurance industry is that key functions are still the domain of the human expert and there is very little data to enable the extraction of logic.

‘An example is the commercial underwriting space,’ he says.

‘The experts cause huge bottlenecks in the workflow because they are just not able to accommodate the number of decisions and input requests that are needed.

‘Insurance organisations need to find ways for technology to leverage this expertise from within their ranks.’

Rather than replacing experts, Wöcke says the technology should be there to help them do more.

‘If you replace your top people, you’ll end up looking left and right and finding that you and your competitors all look exactly the same,’ he says.

For this reason, Wöcke founded Merlynn to create more access and scale around human experts.

‘We imagine a world where there is infinite access to our top experts and what this could mean,’ he says.

He points to the Gartner Hype Cycle, which argues that the ability to embed ethics into AI as its next major challenge.

‘Learning about ethics in data is difficult in that an ethical state comprises far more than transactional data and can’t be described in any measurable way.

‘The Merlynn approach to solving this dilemma is to label a series of people as being the model of ethical behaviour. Our technology is used to mimic the decisions that underlie this behaviour.’

For example, when a teacher knows that a kid is in trouble, AI can’t mimic or demonstrate the empathy required using data.

‘You can mimic (the behaviour) by putting a thousand cameras in the room and learning from how that teacher acts and reacts in different environments, but that’s different from looking at a million students’ profiles,’ Wöcke says.

He says AI needs to be respectful of what humanity knows.

‘I actually think and we’re seeing the effects of failing to do this in the robotic processing automation world.

‘People who just take technologies and throw them across an organisation end up licking their wounds.

‘You’ve got to be respectful of the people in the process and it’s at your own peril if you don’t.’

While Wöcke's technology has been evolving as a life work, it formalised into something commercial in 2014.

Currently, the technical team is working out of South Africa, but a north American base is planned in the next couple of years, with global expansion on the agenda.

Merlynn technology is already being used in the claims environment by some of the world’s biggest insurance companies.

It’s also been used for fraud management and transaction monitoring by large banks and in fintech and security.

‘Our customers buy the technology to clone expertise from within their ranks,’ Wöcke says. ‘I refer to that as Phase 1.

‘Phase 1 is the ability for any expert, any claims manager or any person with limited AI understanding or background to engage with our technology and create an AI version of themselves.

Phase 2 will involve an expansion into the marketplace, where people can upload versions of themselves.

‘Our business will move to a platform structure that will facilitate trade between parties,’ Wöcke reveals.

‘This could be the expert that can serve a thousand requests at the same time.

‘For example, the gym instructor, the claims manager, a school teacher or a financial advisor can create a version of themselves and monetise their decisions.

‘A claims manager who has retired can upload their instinct and insights to a portal and offer that to 10 insurance companies at once in the form of an AI artefact that can be placed into systems at a transactional level.’

In summary, the technology Merlynn is currently building out will give ordinary people with IP assets — years and years of expertise and experience — the ability to upload these assets into a portal and then use that portal to attract consumers of those insights.

MAKING THE WORLD A BETTER PLACE

For Wöcke, the final phase will see Merlynn giving others the technology to make the world a better place. He says there’s an additional value in doing things that matter.

‘If you have experience and expertise and you want to contribute, we’ll be your partner in sharing that IP in a free environment,’ he says.

‘If I can demonstrate the ability to use our technology in the social services environment and the community, the associated value is so high that it doesn’t have to conform to the spend-return, cost-return formula.’

The possibilities are limitless.

The technology could support international decision-making, save children from abuse, improve the humanity and speed of the legal system, or be used within the US intelligence community to increase safety and security.

By the same token, Wöcke asserts that the key to the Merlynn business is that it will never hurt anyone.

‘We will never use the technology in areas where there are negative or violent outcomes such as gambling environments or doing business with criminals,’ he says.

‘The reality of our technology is that it’s the most humanistic of all the AI approaches out there.’

Wöcke concedes that initially, the experts involved with the technology were concerned that once they were modelled, they would lose their jobs.

‘What we know is that an expert’s views and knowledge change over time,' he says.

‘The reality is that when I create a virtual version of a person, it’s a view of that person as they are today.

A LIVING BODY OF KNOWLEDGE

In addition, as the expert continually adds to their own knowledge and insights, they can update the model to ensure that it evolves and remains relevant.

Their expertise can be used at 20,000 decisions per second and their position in the organisation moves beyond the transactional level.

On the other side of the coin, the result of adding such a massive capacity is that the organisation no longer needs to hire more people.

‘Our technology is great for the person who was modelled but not great for people who are wanting to join that organisation because they don’t need that many assessors any more,’ Wöcke says.

‘We don’t want to see our technology as a culling tool that obliterating jobs, but the consequence is an increase in efficiency, accuracy and throughput.’

THE NEXT VERSION OF AI

At the 2019 AICLA/ANZIIF Claims Convention, Wöcke will offer delegates a high-level discussion about where AI is right now and what the next likely version is likely to be.

‘The takeaway will be for claims professionals to consider how they will position themselves to be beneficiaries rather than victims of this technology.

‘People need to remember that AI itself is going to be disrupted. So, what does the next generation of AI look like?

‘AI has moved on over the last two years to a point where now you have to be extremely practical about what you’re doing in AI. You have to have a view.

‘You have to form an opinion because AI is continuing to evolve.’

For Merlynn, the journey is very big.

‘We’ve got to go out there and find those new ways to value what we do, so it’s a wonderful opportunity for the brand and at the same time to do good,’ Wöcke says.

‘How many people’s lives have changed because the wrong decision has been made?

‘Merlynn technology provides the right instinct, the decision with the best possible outcomes for everyone.

‘Existing processes are still running, but the AI engine is monitoring a claim or process as it unfolds in an organisation as a second opinion.

‘It gives people peace of mind through the tough decisions.'

Don't miss the chance to hear Carl Wöcke speak. Upload yourself to the 2019 AICLA/ANZIIF Claims Convention.