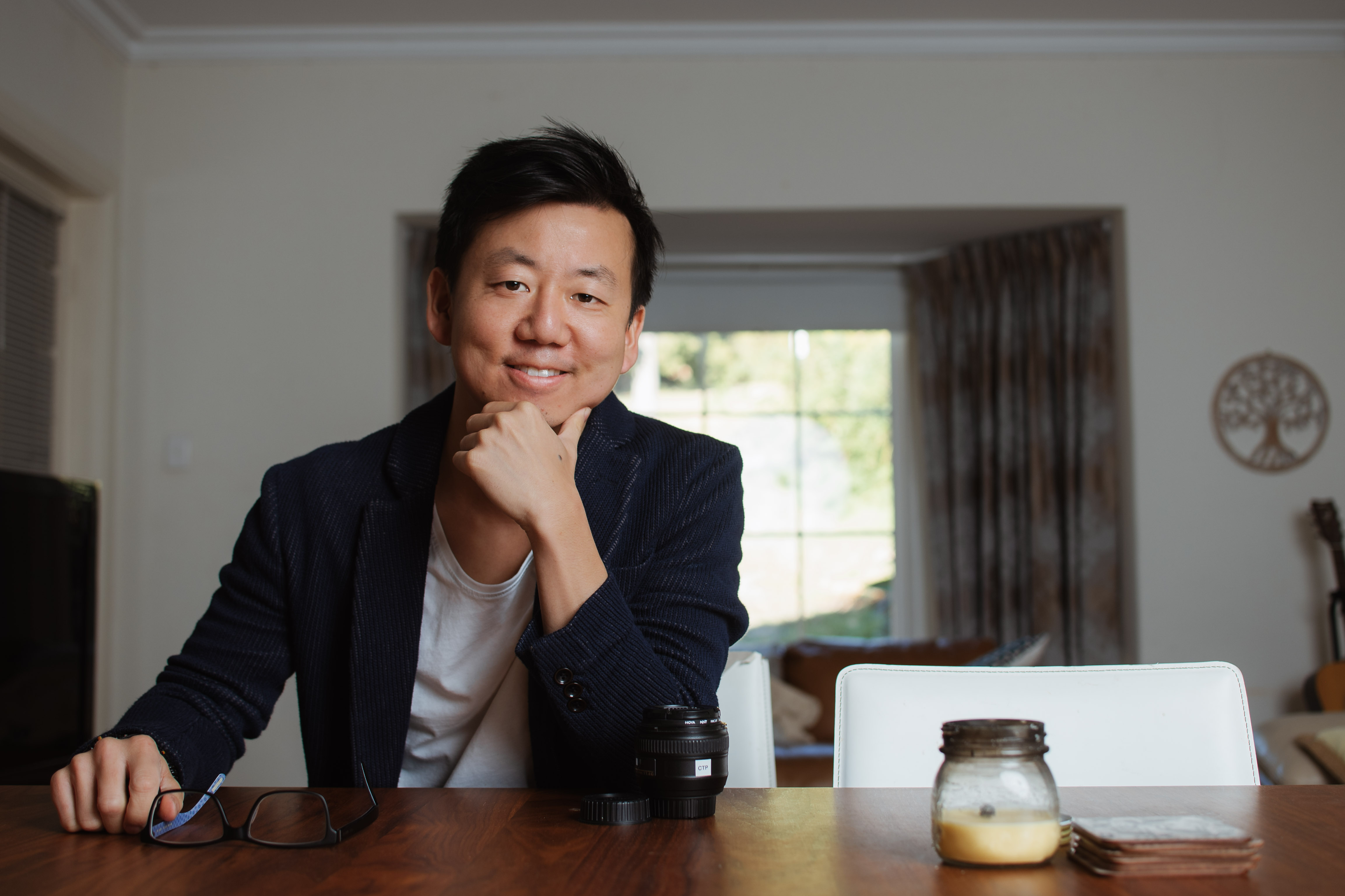 Shaun Li’s life changed dramatically when he was 10 years old and diagnosed with a Wilms' tumour — a rare kidney cancer that primarily affects children.

He had surgery to have the tumour removed and underwent chemotherapy, which he recovered from well. But the experience had a lasting impact, with scars that still affect him to this day.

He describes the experience as having turned him into a more cautious child.

‘I lost all my hair during chemo. So I used to wear a Toronto raptors cap with my school uniform’, Li says. ‘I avoided contact sports and became quite introverted’.

The experience also made him a lot more serious and aware of his own mortality at a young age.

‘I remember asking a doctor if I had to have surgery. He told me “Yes, because if I didn't I could possibly die.”'

Even today, the fear of death is tangible. ‘When I have any health issues, my first instinct is to assess whether the cancer might be returning. I often have to rationalise myself out of the initial fear response,’ he says.

Li was made aware of Camp Quality following his cancer diagnosis. ‘It was offered to me as a service when I was a child. However, I was too shy to go on camps back then’, he recalls.

He worked in Public Health for eight years, mainly as a Dietician and as a Project Officer for a State based healthy eating program for children.

Li’s parents had taught him the value of volunteering and he was looking for volunteer opportunities while studying at Flinders University.

That’s when he came across a call out for Camp Quality volunteers. ‘I appreciated that the service was available to me when I was a child, and I wanted to give back to the organisation,’ he says.

He started volunteering for Camp Quality in July 2009, and still volunteers there almost 10 years later. ‘After my first camp I got hooked! There's just an abundance of care, love, happiness and sheer joy in Camp Quality events,’ he proclaims.

It was around that same time that he bought a second hand DLSR camera off of a friend.

The camera stayed in a drawer for a long time until, in 2014, he went on a holiday to Japan and a decided to bring it along. He taught himself to use the camera while travelling on planes, trains and buses.

‘Japan is stunning in Autumn and I became instantly hooked on photography. Photography is the perfect balance between my artistic creativity and my methodical thinking,’ he laughs.

As with most of what he does in life, Li threw himself into photography. He wanted to be the complete photographer so he learnt studio lighting and did courses at the Centre for Creative Photography in Adelaide.

Li soon discovered that he not only liked photography but was also fascinated with the elements of building a business, including developing systems and processes, marketing, client acquisition and scaling.

He started his own photography business called Capture the Present in 2016.

While he was volunteering with Camp Quality in a companion role, Li pitched the idea of taking photos of Camp Quality events so that he could combine his two great passions.

These days, he primarily volunteers as a photographer to take photos for the organisation.

PRIDE IN GIVING BACK

Li is immensely proud of the work he does for Camp Quality, but Camp Quality has given him so much back. ‘It's given me lots of perspective outside my own experience of cancer,’ he says.

In particular, Li became more aware of the mental toll and stress childhood cancer takes on parents and siblings.

‘But if you do it for a week your arm will fall off. It's just like trying to hold the mental stress of dealing with cancer — sooner or later you're going to need a break and to alleviate the stress. That's where Camp Quality comes in.’

Camp Quality has also taught Li the importance of laughter and living joyfully in challenging times. ‘The kids at Camp Quality help me to forget about my troubles and truly live in the moment,’ he says.

He is true to his motto - Commit to a cause that you believe in and it will make life so much greater!